Add to Lightbox
Image 1 of 1
BN_GrandfatherFrost_03.jpg 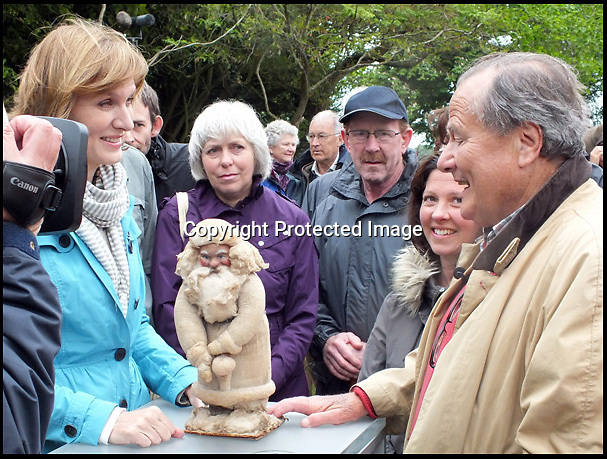 Fiona Bruce and the owner of Grandfather Frost, John Findlater.

A wooden toy evil dictator Josef Stalin gave to a British boy at the wartime conference with Winston Churchill that led to the Cold War has emerged.

The sturdy object of Grandfather Frost - the Russian equivalent of Santa Claus - formed a bizarre centrepiece at a banquet at the 1945 Yalta Conference.

The meeting between Stalin, Churchill, and US president Franklin Roosevelt decided how Germany and Eastern Europe was to be broken up following World War Two.

It was decided Russia would take administrative control of Poland and went on to form the 'Iron Curtain'. The tow is to be shown on this Sunday's Antiques Roadshow.
P Yeomans 8 Apr 2014 607x459 / 187.6KB