Add to Lightbox
Image 1 of 1
BN_PerfectXmasGift_12.jpg 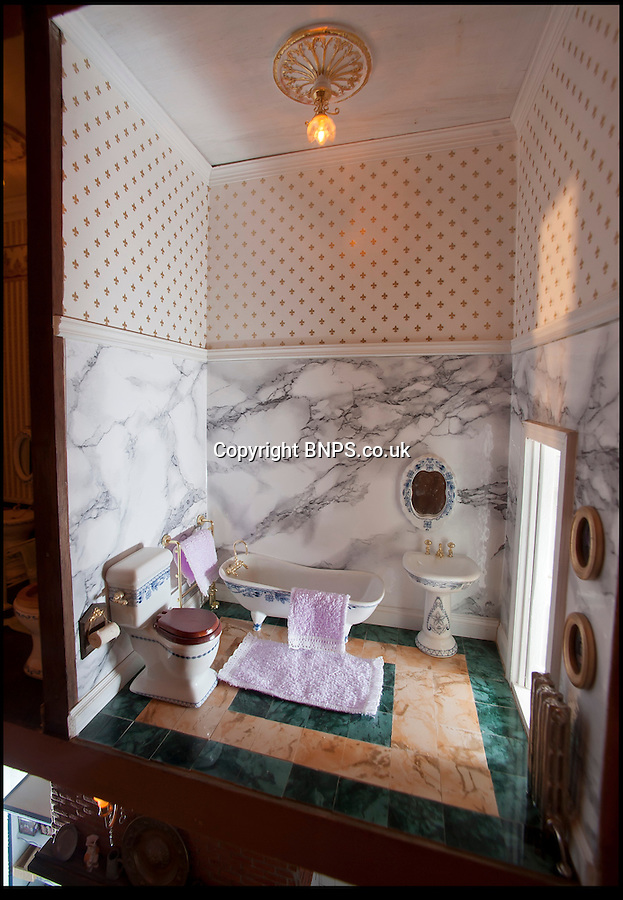 Every little girls Xmas wish...A meticulously crafted dolls house that has taken Len Martin from Dorset 26 years to complete in his garden shed.

Len is now selling his masterpiece in time for Xmas..but any bidders for 'Langdon Hall' will need deep pockets to come up with the £10,000 asking price.

Leonard Martin, 68, was inspired to make the ornate house after he doodled a picture of his 'perfect home' on a scrap of paper while he was bored at work in 1987.

He has worked on the miniature property up to five hours a day since then to build the extravagant home and make his dreams a reality.

Leonard has spared no expense on the detailed Georgian manor and has spent more than 6,000 pounds building and filling the rooms.

He has splashed out on detailed finishes and period furnishings including a Swarvoski crystal chandelier, hand stitched carpets, and real marble flooring.

There are miniature beds, settees, cupboards, baths, toilets, and even tiny oil paintings that look like their huge counterparts - including the Mona Lisa.

After working on the incredibly intricate Langdon House for more than a third of his life, Leonard has now decided to sell it and hopes to fetch around 9,000 pounds.