Add to Lightbox
Image 1 of 1
BNPS_UnseenMarilynMonroePix_11.jpg 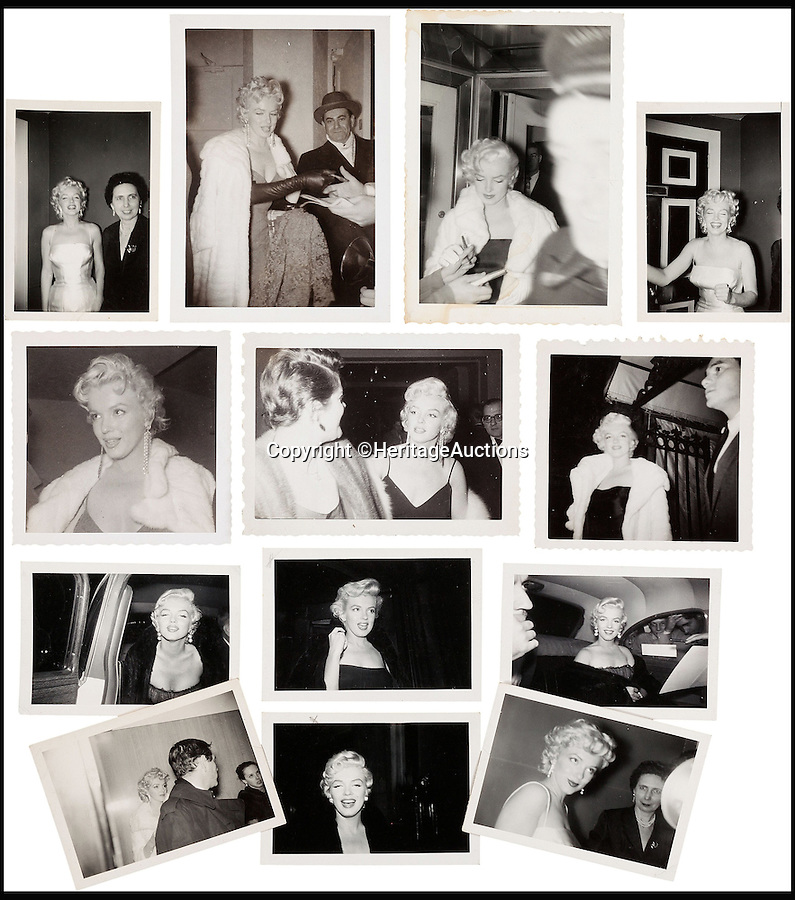 A rare group of black and white images of Marilyn Monroe.

A trove of rare and never-seen-before snapshots of Hollywood legend Marilyn Monroe have emerged for sale from the collection of a superfan who spent years following the star.

The collection of 183 pictures of the pin up were all taken around New York in the mid-1950s by superfan James Collins, a teenager who was a member of the 'Monroe 6'.

The youngsters were such avid fans Monroe ended up knowing them all by name and allowed them special access to her to take countless photos and signed numerous autographs.