Add to Lightbox
Image 1 of 1
BNPS_ChillingGasBombPosters_04.jpg 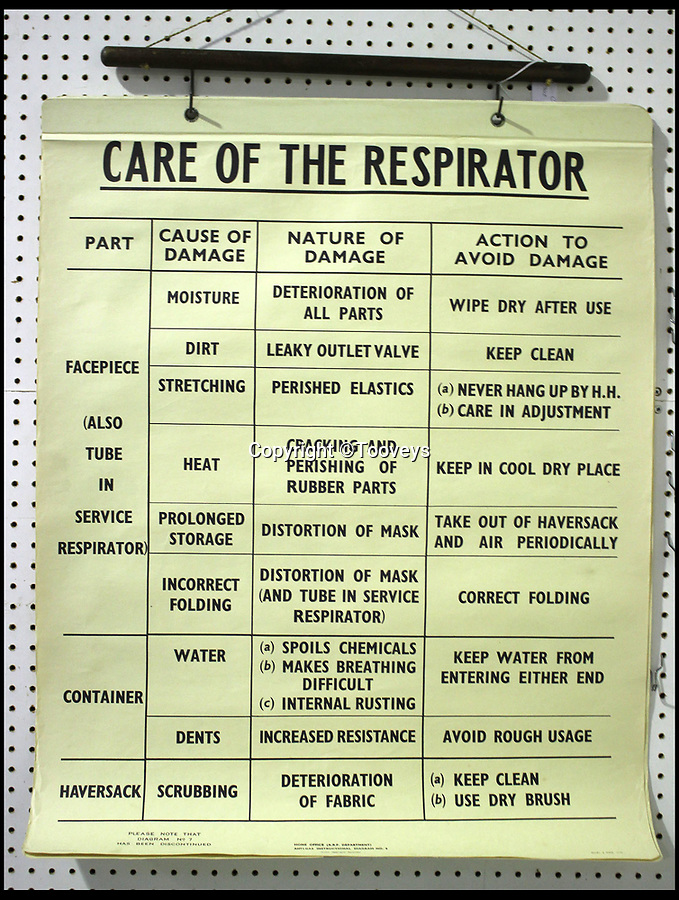 Total War - Chilling poster reveal the preparation that went into the threat from aerial bombing before WW2.

A set of fascinating old Home Office posters have been unearthed which suggest the British were better prepared for the Second World War than previously thought.

Neville Chamberlain's policy of appeasement and a long term squeeze on military spending have long been used as reasons to explain why Germany was able to get the upper hand on Britain in the early salvos of the war.

But these posters, which were issued by the Air Raid Precautions Department between 1937 and July 1939, suggest the authorities realised there was no guarantee of 'peace in our time' and were taking precautions ahead of a possible conflict.