Add to Lightbox
Image 1 of 1
BNPS_XMarksTheSpot_03.jpg 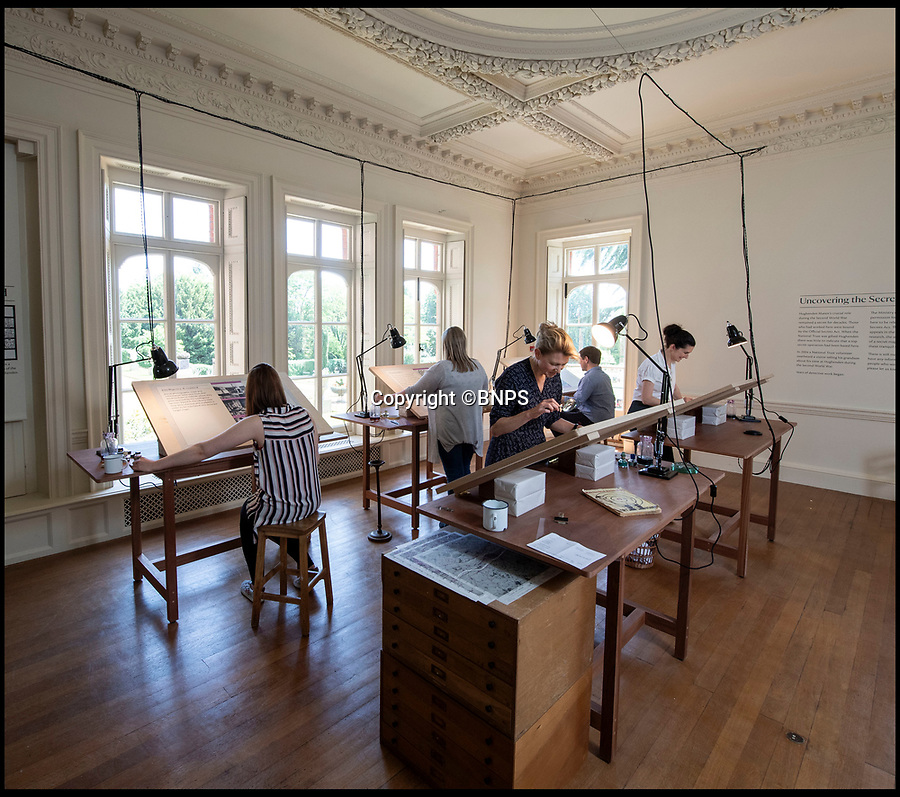 Secret rooms at a stately home where brilliant map-makers played a pivotal role in helping Britain to win the war have been opened to the public for the first time.

Hughenden Manor, in Bucks, once home to the Victorian prime minster Benjamin Disraeli, was requisitioned by the Air Ministry in 1941 and given the codename 'Hillside'.

In its confines, more than 3,500 hand drawn maps were produced for the RAF bombing campaigns, including the legendary Dambusters Raid and a raid on the Berchtesgaden, Hitler’s famous mountain retreat.

Previously hidden away under lock and key, these rooms have been opened for the first time for a permanent display featuring photographs, records and testimonies from some of the 100 men and women who were based there in World War Two.

Since they were sworn to silence under the Official Secrets Act, Hillside's crucial wartime role in fact remained unknown until 2004, when a volunteer room guide overheard Victor Gregory, a visitor to the National Trust property, tell his grandson that he was stationed there during the war.
©BNPS 27 Jun 2019 4011x3552 / 2.0MB