Add to Lightbox
Image 1 of 1
BN_WorldsBiggestCarp_04.jpg 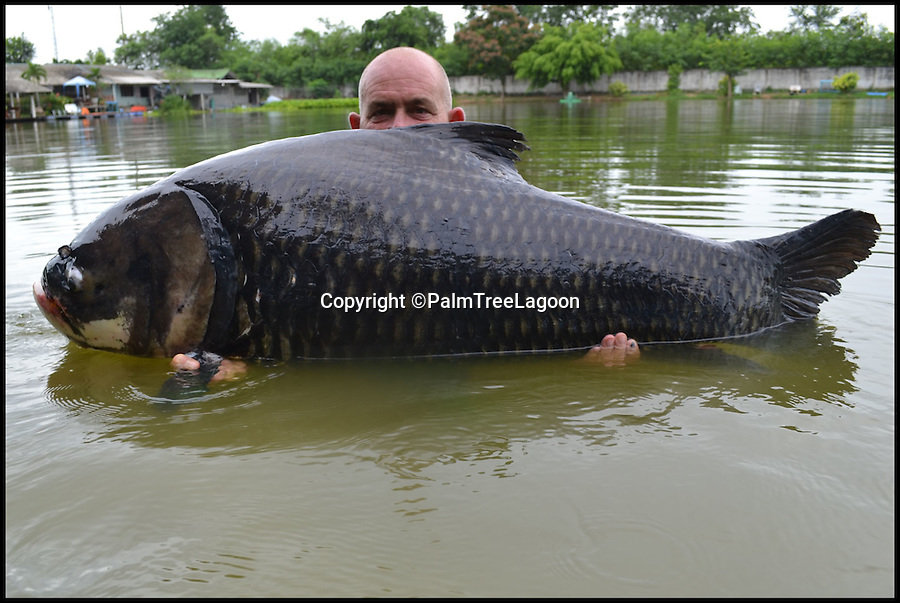 Andy Harman with the 10 stone carp.

A British tourist has set a new record after landing the world's biggest carp fish which weighs the same as a person.

Andy Harman reeled in the gigantic 10-stone Siamese carp after battling it for an exhausting 50 minutes before finally getting the better of it.

Mr Harman, from Reigate, Surrey, had been holidaying at a fishing resort in Thailand when he hooked the mammoth fish.

The angler lured the fish onto his line using a simple bait of bread at the idyllic three-acre Palm Tree Lagoon in Ratchaburi then spent the best part of an hour trying to land it.