Add to Lightbox
Image 1 of 1
BN_HistoricBlotoftheArmistice_01.jpg 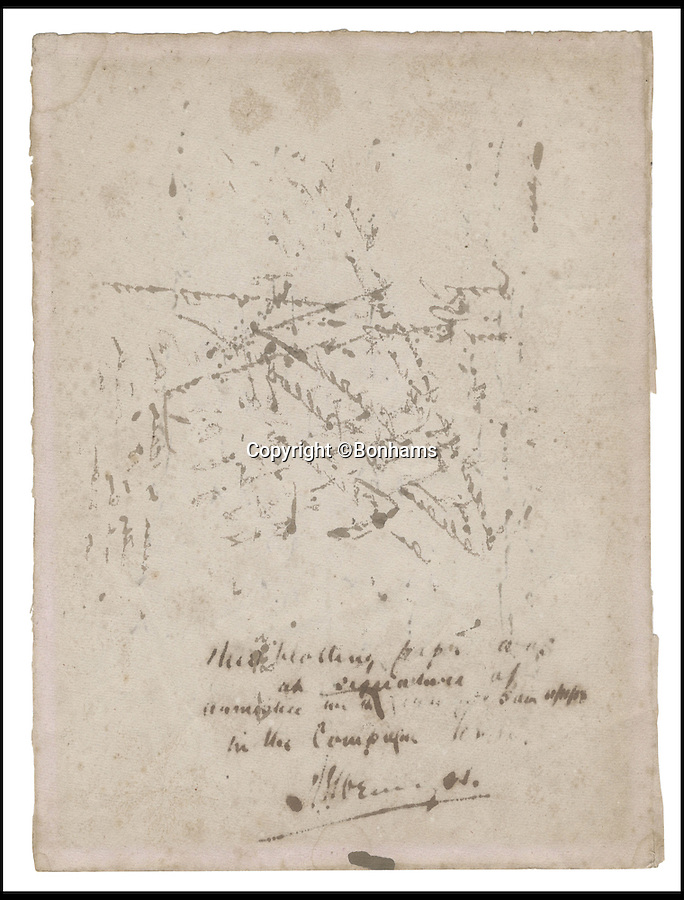 The historic blotted signatures of Marshall Foch and Admiral Wemyss.

The sheet of blotting paper used on the armistice document that brought about the end of the First World War has emerged for sale for 30,000 pounds.

The sheet carries the inky signatures of military leaders Admiral Sir Rosslyn Wemyss and Marshal Ferdinand Foch who had been sent to France in November 1918 to thrash out a peace deal with the Germans.

Captain John Marriott, Admiral Wemyss' naval assistant during the negotiations, was acutely aware of the significance of the peace deal - and after the document had been signed the quick-thinking captain pocketed the scrap of paper used to blot the signatures.

Capt Marriott's family is selling the paper, along with a letter written to his wife and a blow-by-blow account of the talks, to mark the centenary of the outbreak of fighting.