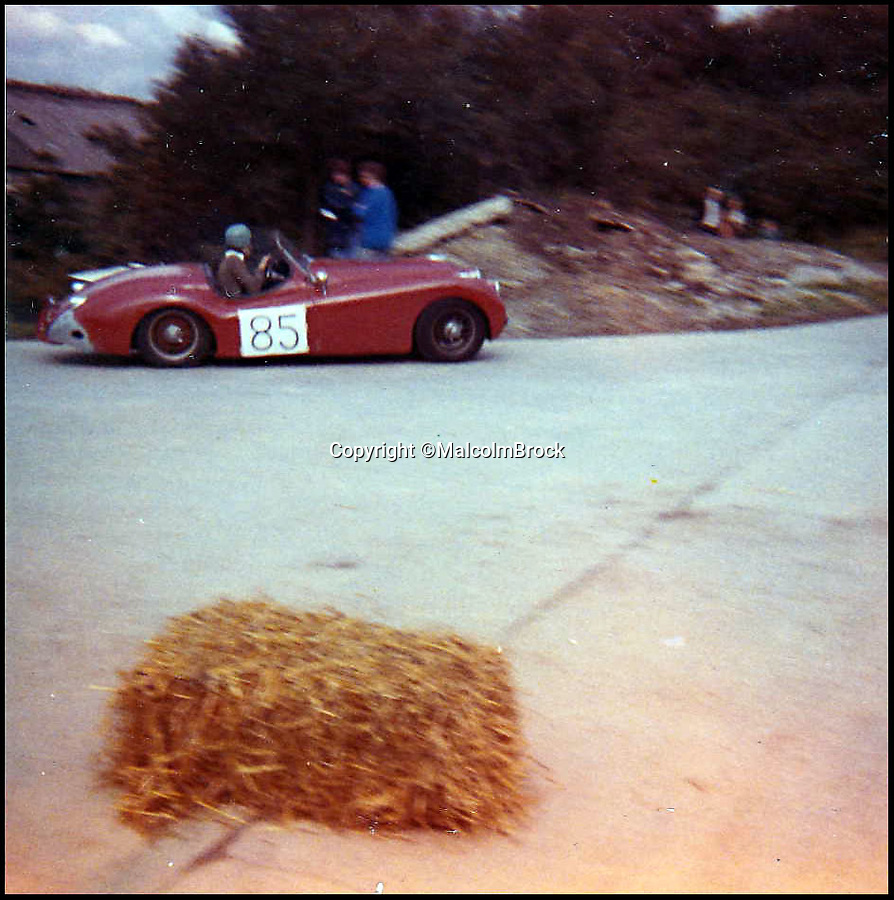 Malcolm driving the Jaguar at the Emerdon hill climb in 1974.