Add to Lightbox
Image 1 of 1
BNPS_RichthofenBarbarossaAlbum_013.jpg 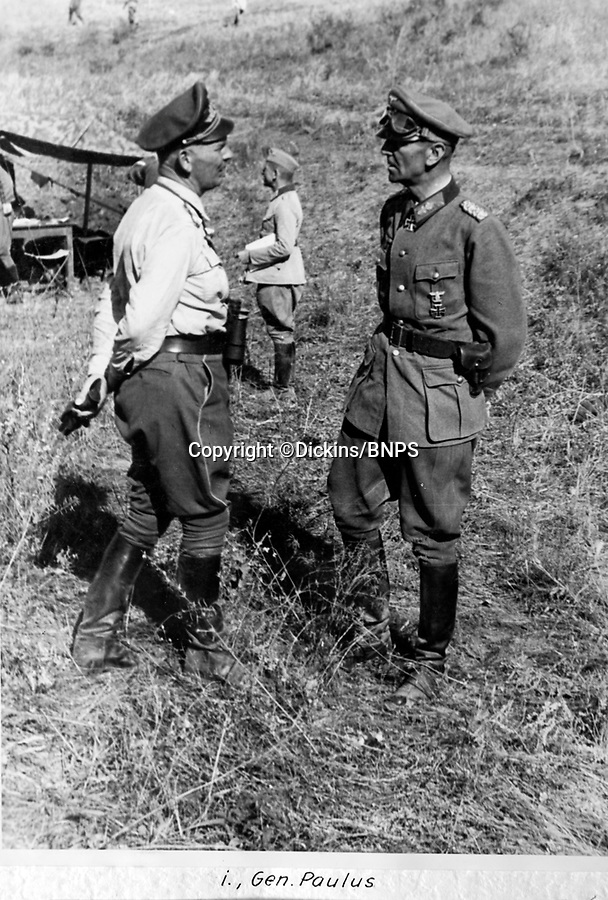 Von Richthofen (l) with the ill fated General Paulas (r) in the summer of 1942 as the Germans swept on towards Stalingrad.

Remarkable photograph albums compiled by a high-ranking Nazi which document the dramatic moment the tide turned against the Third Reich in the Second World War have been unearthed.

Field Marshal Wolfram von Richthofen, who was the cousin of the First World War air ace the Red Baron, was a commanding officer in the German Luftwaffe during Operation Barbarossa - the invasion of the Soviet Union.

His personal photos include haunting never seen before images of the Battle of Stalingrad in 1942 which is regarded by modern historians as Hitler's Waterloo.

There is also a photo of Richthofen with General Freidrich Paulas, commander of the Sixth German Army, who incensed Hitler by surrendering with 91,000 men at Stalingrad rather than fighting to the last as the Fuhrer had ordered.
©Dickins/BNPS 24 Oct 2017 2721x4035 / 1.3MB