Add to Lightbox
Image 1 of 1
BNPS_NaziAutographAlbum_030.jpg 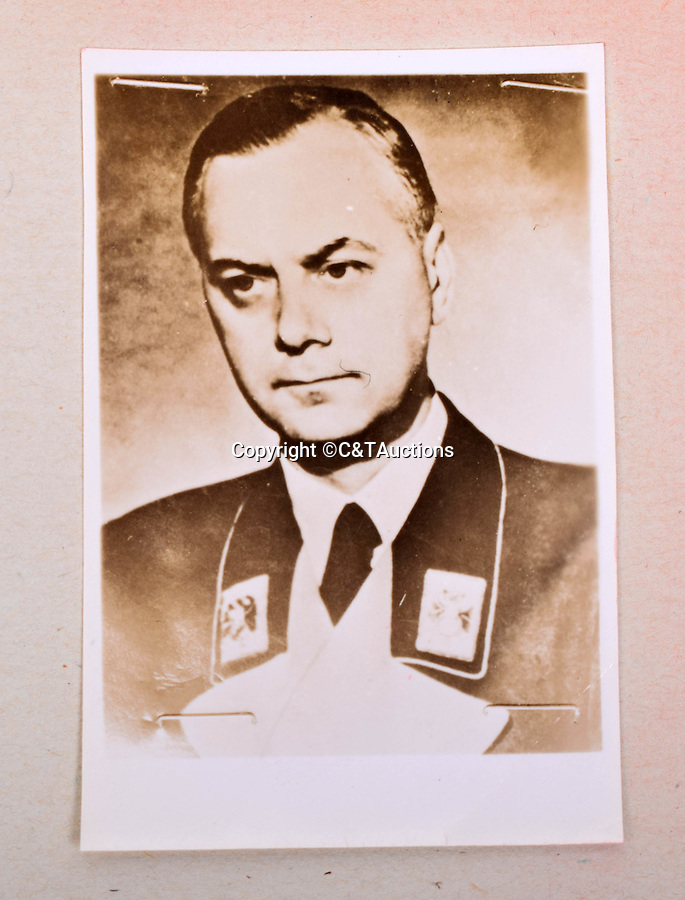 Alfred Rosenberg was the influential ideologue of the Nazi Party. He is considered one of the main authors of key National Socialist ideological creeds, including its racial theory, persecution of the Jews and opposition to degenerate modern art. At Nuremberg he was sentenced to death and executed by hanging for war crimes and crimes against humanity.