Add to Lightbox
Image 1 of 1
BNPS_DambusterHeroesLogbook_017.jpg 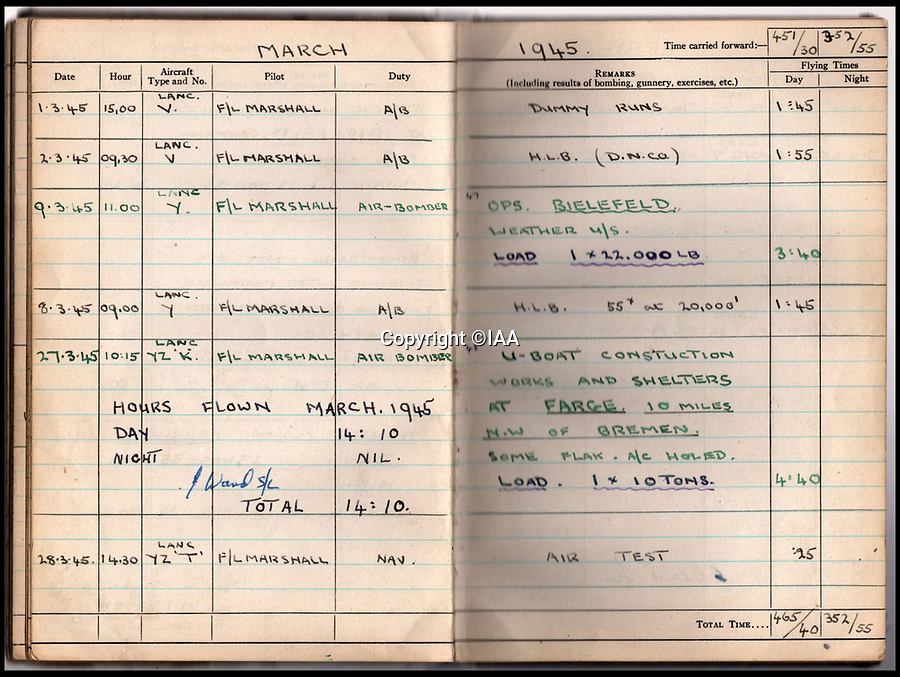 Sumpters logbook also includes entrys for two famous raids in 1945 - the Bielefeld viaduct in Germany and, days later, the 'impregnable' Farge U-boat pens near Bremen that he hit and destoyed with a massive 10 ton Grand Slam bomb.

A fascinating and historic logbook and photographs from a Dambuster's hero who also went on many other famous raids during WW2 has come light.

The remarkable collection belonged to Flight Sergeant Leonard Sumpter who was a bomb aimer on the iconic Dam's mission, and put together a unique scrapbook of his thrilling wartime career in Bomber Command's most famous squadron.

Only the elite 617 squadron were entrusted with delivering these hugely valuable weapons onto their vital targets, that included U-boat pens, V2 rocket sites and even Hitler's Bavarian hideaway the Eagles Nest.

Also included are pictures Mr Sumpter took in 1947 during a summer excusion to visit some of the sites he had attacked during the conflict.