Add to Lightbox
Image 1 of 1
BNPS_500KImperialFaberge_028.jpg 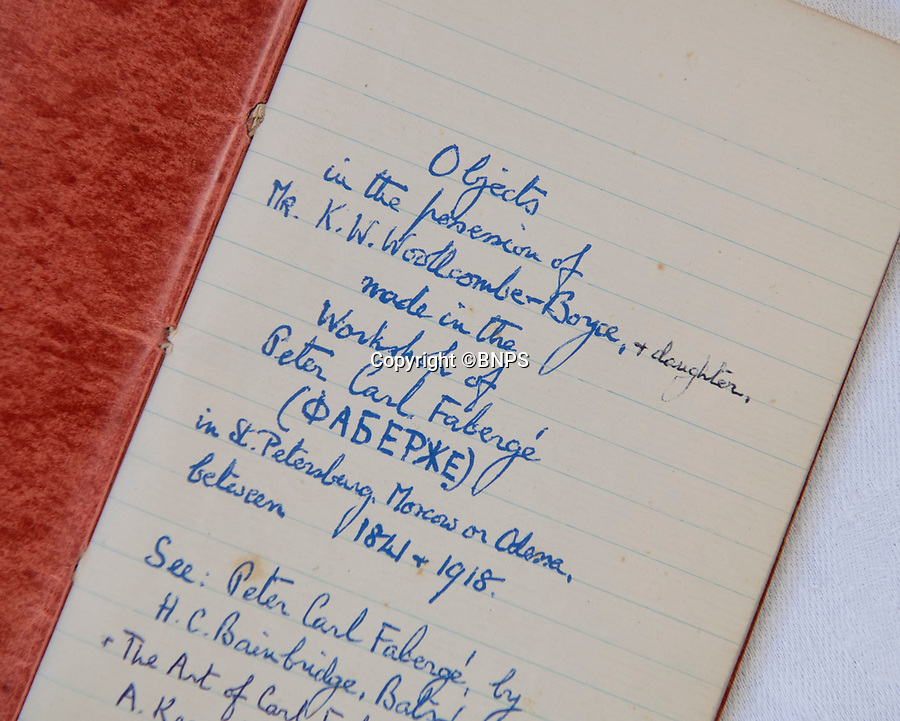 The British buyer K.W Woollcombe-Boyce who paid only £75 in 1929 kept extensive notes on Faberge.

In from the cold - £500,000 Romanov treasure is hot property at Cotswold auction.

An exquisite Faberge antique believed to have been made for the Russian Royal family over 100 years ago sold yesterday for a whopping £500,000...over 5 times it's estimate.

The model of a sedan chair by the iconic Russian jewellers was one of the state treasures seized and sold off by the communist regime following the Russian Revolution.

It was first sold at high-end Anglo-Russia antique dealers Wartski in London in 1929, where it was bought by a K.W Woollcombe-Boyce for only £75.

The ornate item, crafted from Jadeite, gold, rock crystal and mother of pearl, has remained in the family ever since and is now being sold by a direct descendant of Mr Woollcombe-Boyce.