Add to Lightbox
Image 1 of 1
BNPS_PaintingsEqualsBigMoney_04.JPG 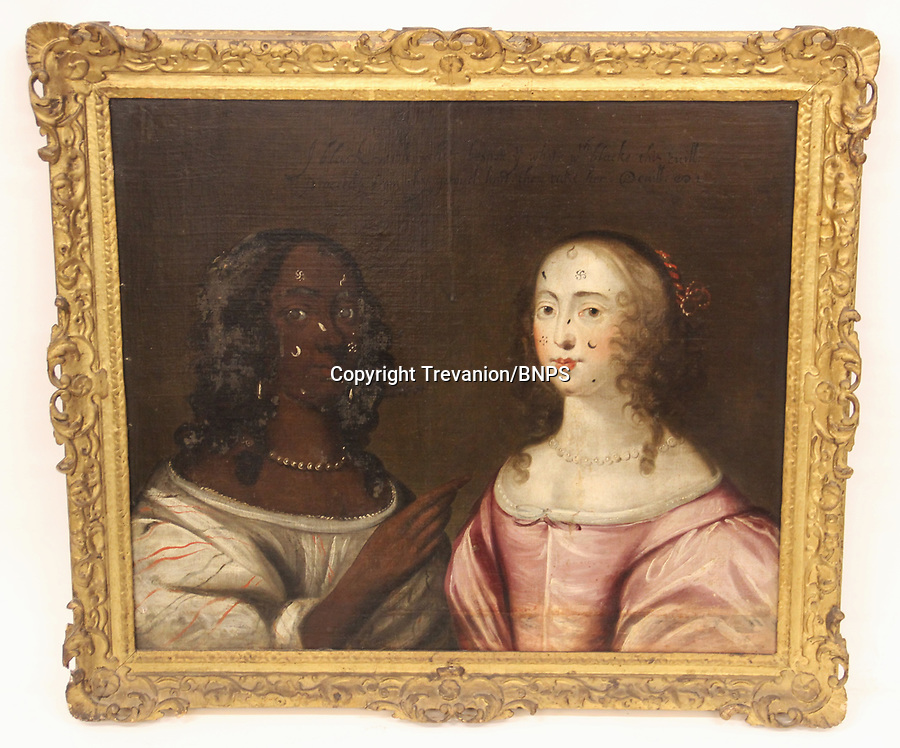 A previously-unknown 17th century painting of a black and a white woman as social equals has sold for over £250,000 after museums wanting to increase the diversirty of their collections clammered to buy it.

The oil on canvas painting was produced by an unnamed English artist in about 1650.

The double portrait is rare as it not only showed a black woman from the Cromwellian period but that she was of the same class as the white woman next to her.
Trevanion/BNPS 8 Jun 2021 4065x3378 / 2.0MB