Add to Lightbox
Image 1 of 1
BNPS_EinsteinsWatchSellsFor266K_04.jpg 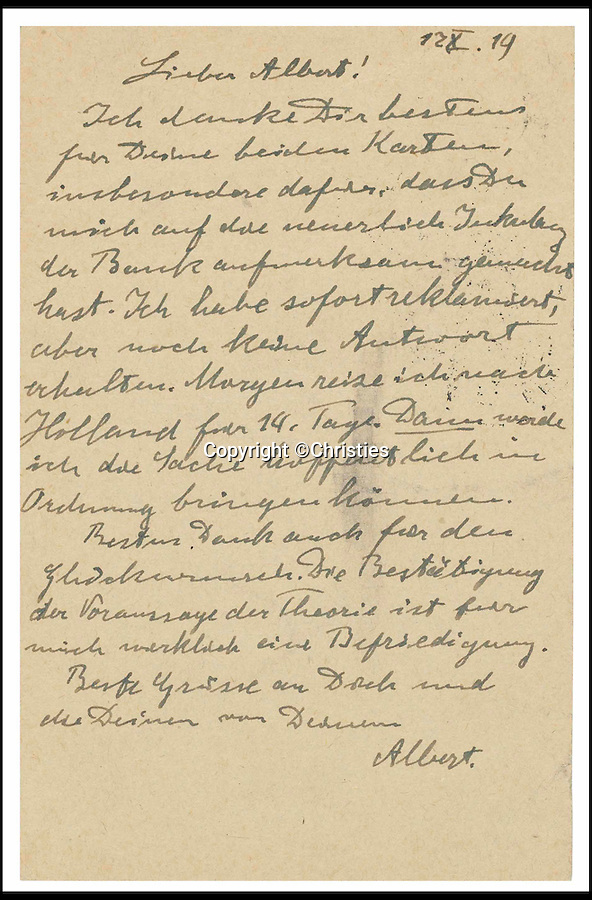 A letter from Einstein to his friend Albert Karr thanking him for his congratulations on the success of the 1919 solar eclipse experiment sold for a staggering £74,500.

A 116-year-old pocket watch owned by Albert Einstein before he became a renowned genius has sold for more than 13 times its estimate.

It is one of three watches known to have been owned by Einstein and passed by direct descent from the theoretical physicist to the seller.
©Christies 10 Jul 2016 1890x2870 / 1.1MB