Add to Lightbox
Image 1 of 1
BNPS_OzzyOsbournePostcards_04.jpg 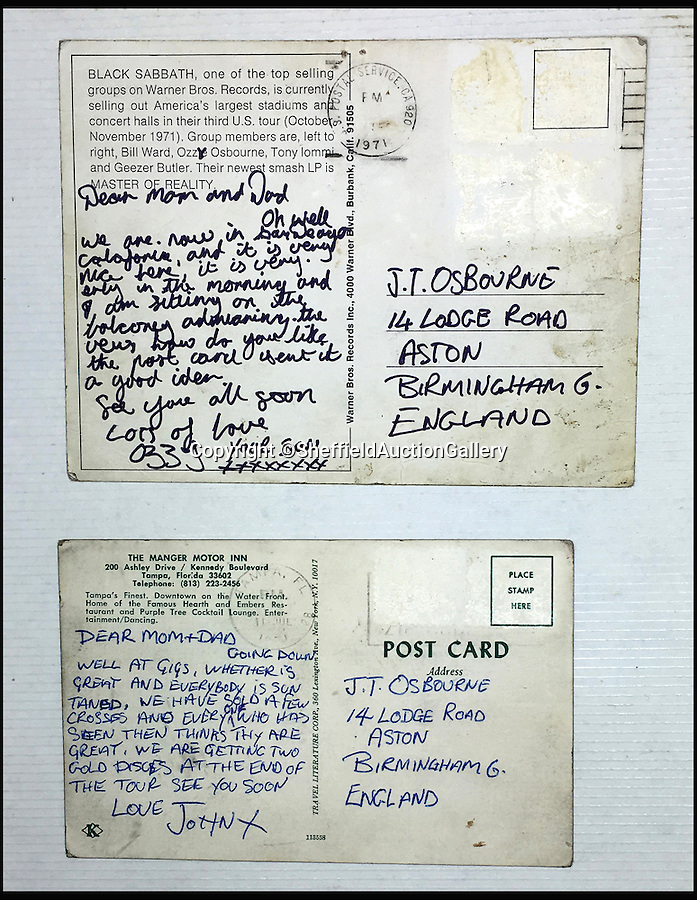 Ozzy lets his mum and dad know that the gigs are going down well and they are getting two gold discs at the end of the tour.

As well as updates on his general well-being, the postcards also reveal Osbourne's hopes of making it as big as The Beatles, his observation that the French didn't like his long hair and a romantic interest in a German girl called Sylvia.
©SheffieldAuctionGallery 16 Aug 2016 2336x3020 / 1.6MB