Add to Lightbox
Image 1 of 1
BNPS_ComicPropogandaRevealed_012.jpg 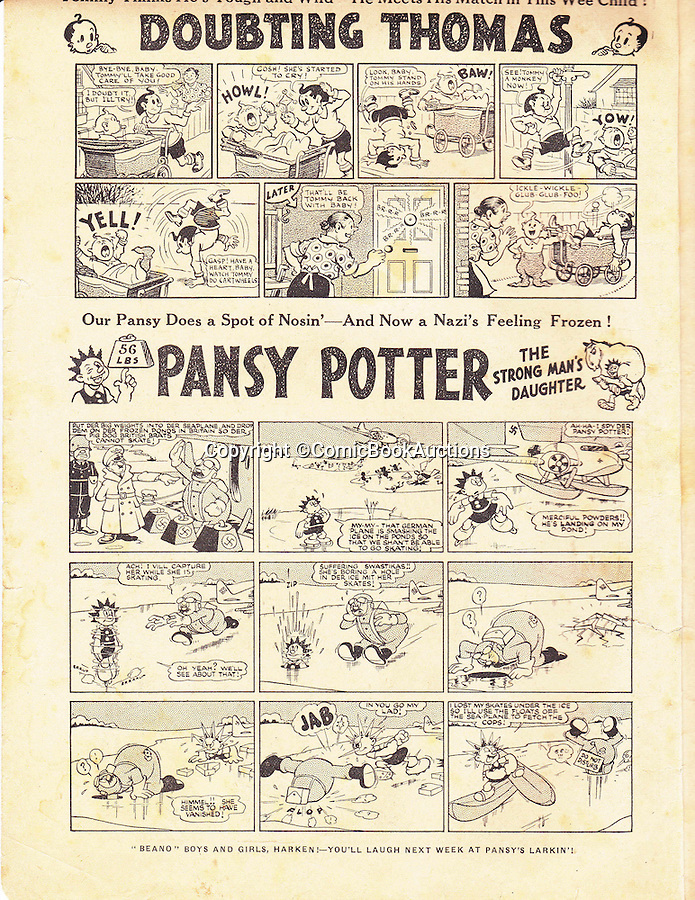 In this Beano issue Hitler himself puts in an appearance, but his cunning plan to smash frozen British ponds is outsmarted by 'Pansy Potter'.