Add to Lightbox
Image 1 of 1
BNPS_GreatEscaper_012.jpg 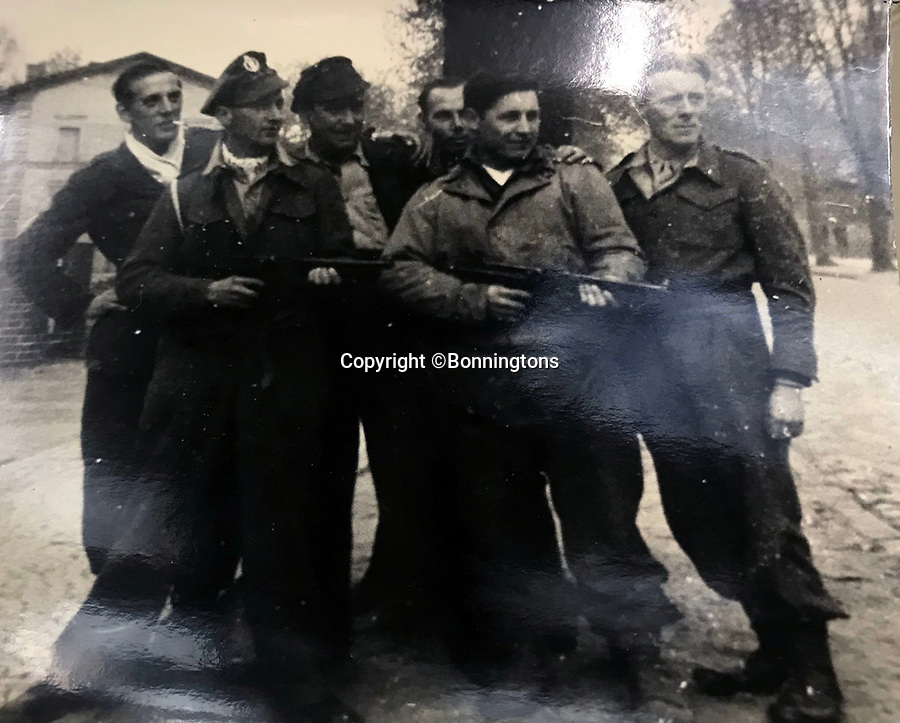 Trooper Moreton (2nd left with Thompson machine gun) with fellow ex POW's after being liberated in April 1944 - they then joined up with American forces and spent the last two weeks of the war fighting the Germans up to the Elbe.

After being recaptured following one of his escapes, he twice went in front of a Gestapo firing squad but emerged unscathed. On another occasion, he broke out of camp to find a doctor who would tend to his gravely ill comrade as he was being denied treatment by the camp guards.
©Bonningtons 21 Jun 2019 2845x2284 / 633.8KB