Add to Lightbox
Image 1 of 1
BNPS_CerebralPalsyToBoxingRing_02.jpg 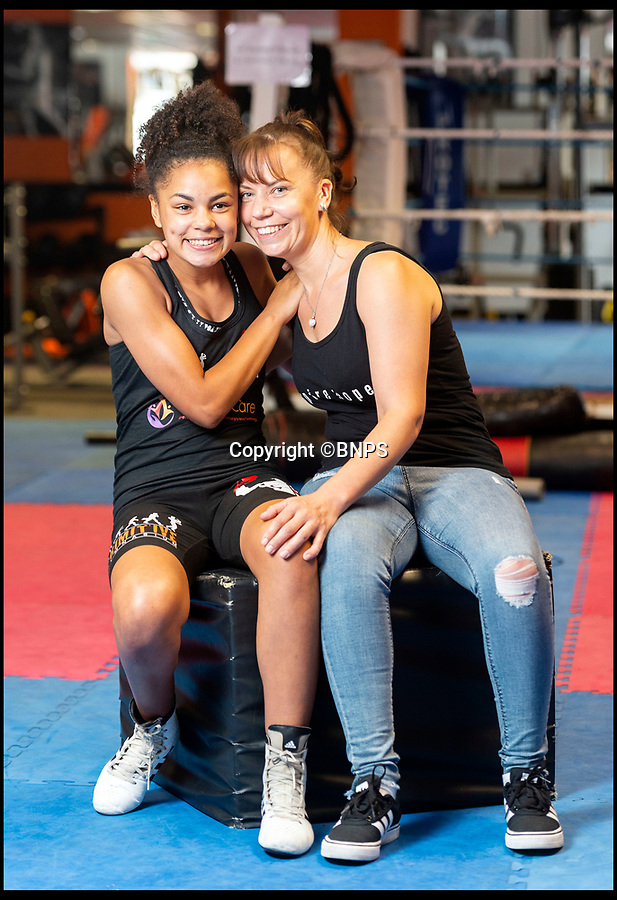 Gabrielle Reid with her mum Lisa at Primitive Gym in Poole, Dorest.

An inspiring 14 year old girl with cerebral palsy who was once wheelchair bound has taken part in her boxing match - and she won.  Gabrielle Reid was born with right hemiplegia which affects her muscle control and movement making it difficult to walk, let alone spar in the ring.  However, since taking up boxing five years ago, her movement and coordination have improved to such an extent that she has just competed in her first bout in her home town of Poole, Dorset.  She defeated a fully able bodied fighter in a three round contest and has now set her sights on her second bout, scheduled for October.
©BNPS 16 Aug 2018 3076x4483 / 1.7MB