Add to Lightbox
Image 1 of 1
BNPS_RareSurvivor_01.jpg 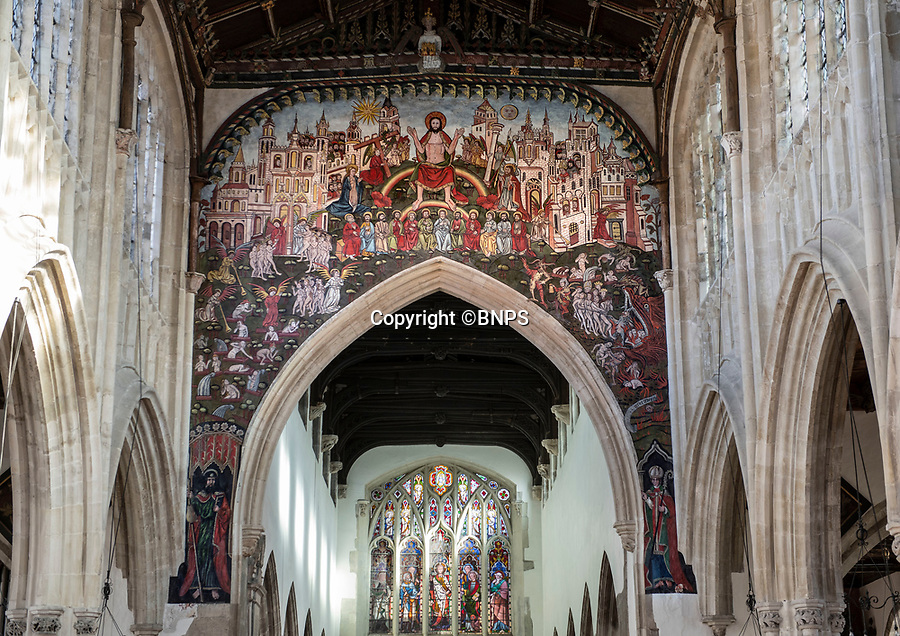 Doom finally has its day! - A 500 year old 'Day of Judgement' painting that has survived Henry VIII th, the Puritans and even Victorian prudery has been restored to its former glory.

Experts have spent three months conserving the faded painting, which involved injecting lime slurry behind areas of paint to affix them again to the wall. They 'touched up' the painting in places before finishing it with varnish to bring out its colour.