Add to Lightbox
Image 1 of 1
BN_6millionDino_02.jpg 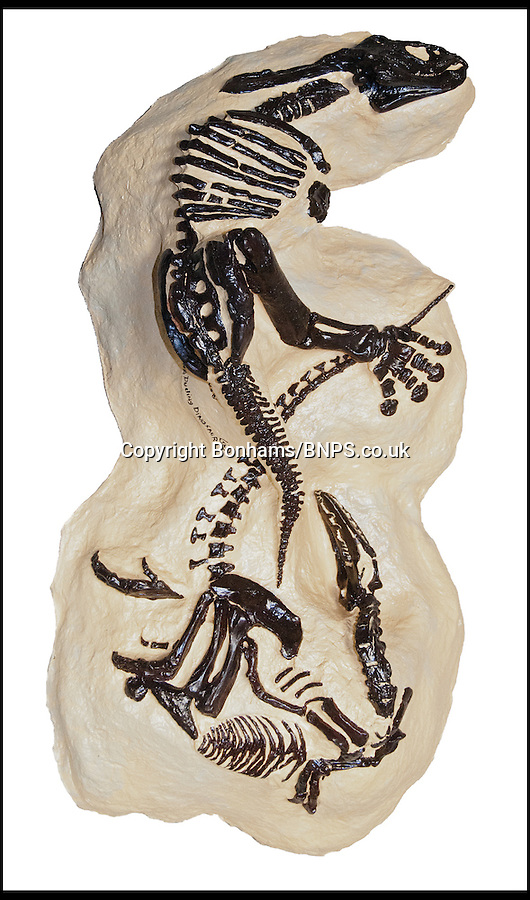 The 68-million-year-old remains of two enormous dinosaurs that were perfectly preserved in a bitter fight to the death are to be sold for a record £6million. The fossils of a Tyrannosaurus and a Triceretops locked in mortal combat were discovered entirely by chance - but are said to be among the most important dinosaur discoveries of all time. The complete skeletons are in such good condition they reveal the giant 8ft-tall beasts both died from wounds inflicted by one another.
Bonhams/BNPS.co.uk 2 Dec 2008 2000x3393 / 1.7MB