Add to Lightbox
Image 1 of 1
BN_RedAllOver_05.jpg 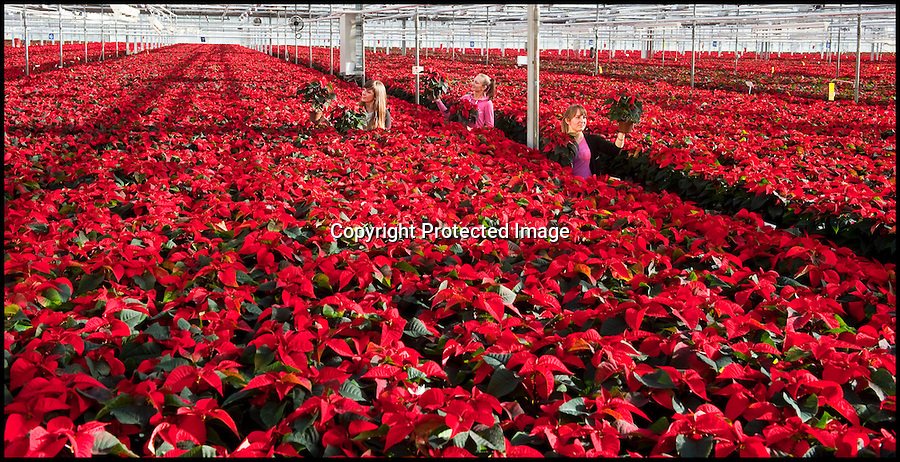 Simply Red - The festive season must be on the way as the first of over 150,000 Xmas Poinsettias start leaving the Double H nursery near New Milton in Hampshire today.

Staff at the nursery have carefully tended the bright red blooms over the last two months in preperation for the Xmas rush.  Horticulturist Magda Odzimkowska(26), Karina ivanova(23) and Anna Korczynska(24) checks over 'Infinity' and 'Prima' varieties that have been grown at a constant 18oC from cuttings brought in in July.  Double H grow over 500,000 Poinsettias for British Supermarkets during the festive season.
P Yeomans 12 Nov 2013 4246x2179 / 3.6MB