Add to Lightbox
Image 1 of 1
BNPS_HeilLennon_03.jpg 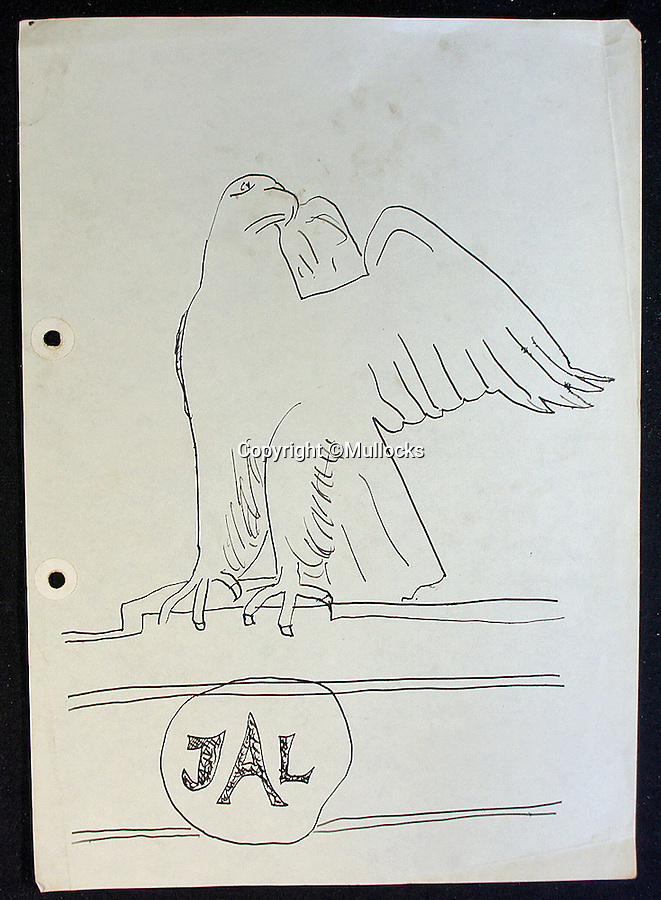 Teutonic eagle with Lennon's initials on the crest - The W for Winston of his middle name has been substituted with an A, presumably for Adolf.

Drawings by peace-loving former Beatle John Lennon in which he depicts himself as Teutonic despot Adolf Hitler have emerged for sale.

Scrawled during his art school days, the drawings show his wicked sense of humour and depict Nazi imagery and the Nuremburg eagle.

In one drawing, Lennon is wearing spectacles while giving the Nazi salute with the words ‘Heil John’ repeated underneath.