Add to Lightbox
Image 1 of 1
BN_FunnyBunny_07.jpg 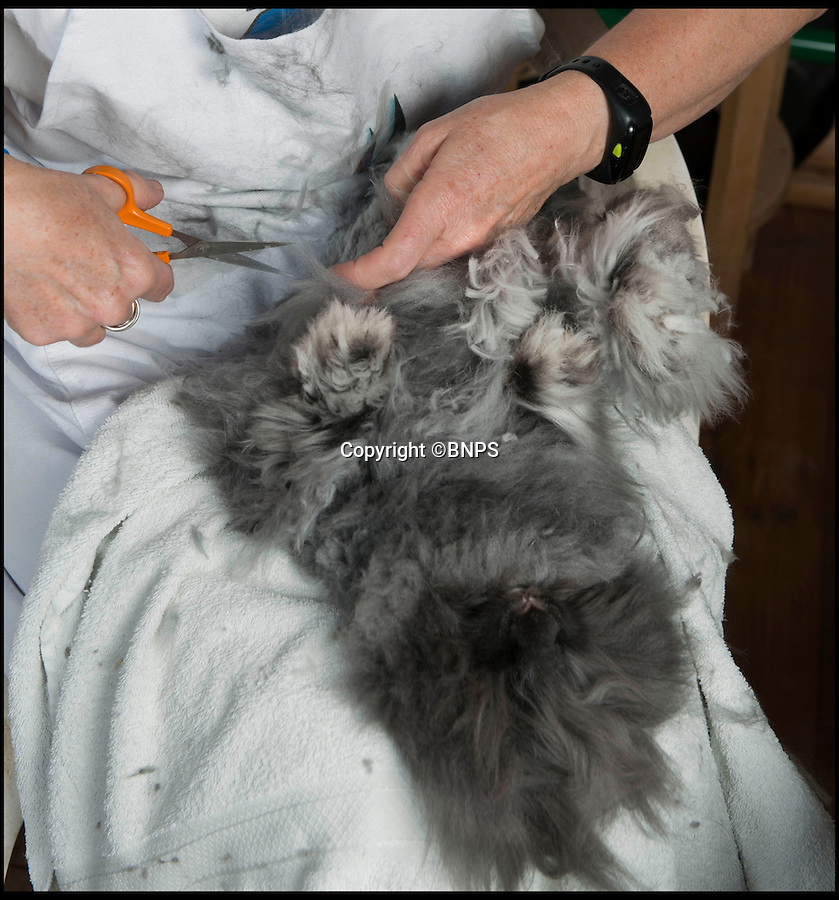 Resourceful rabbit owner Sally May is making her winter woollies from the fleece of her fluffy Angora bunnies.

Sally, who lives in Wiltshire, got her first Angora rabbit 40 years ago when a friend wanted to get rid of one. Now she has 20 which she regularly clips to make the warmest, softest, and even waterproof, wool.

Angora fibres are prized for their fluffy texture. It's about six times warmer than sheep's wool, and the fibre is also exceptionally fine, just 11 microns (thousands of a millimetre), which make it softer than cashmere. It has a trade value of £22 to £28 per kilo.