Add to Lightbox
Image 1 of 1
BNPS_FunnyWW1PropagandaPostcards_04.jpg 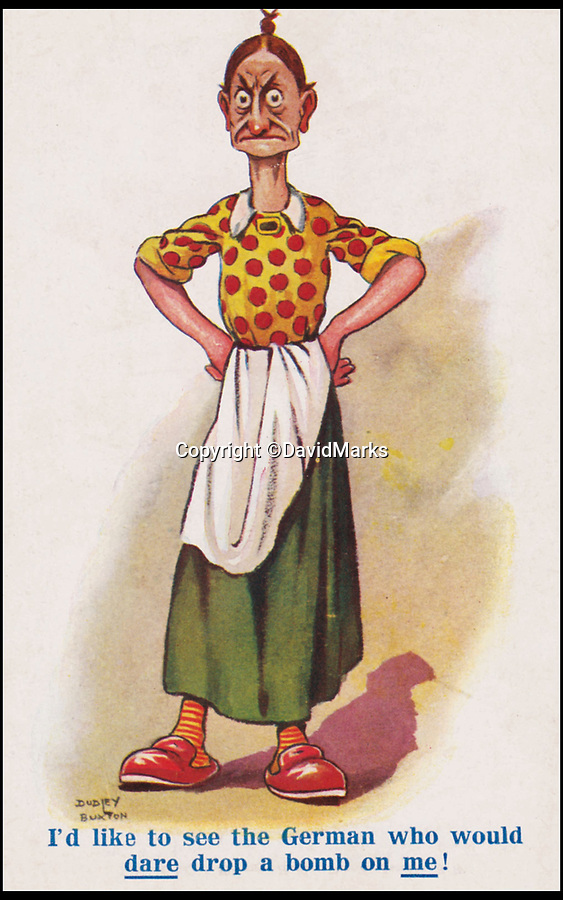 These are the witty postcards Brits would send to each other to keep morale up while they were being showered by German bombs during the Zeppelin raids of the First World War.

First World War aviation expert David Marks has collected 200 propaganda postcards and used them to tell the story of the Zeppelin raids in his new book.

The Kaiser and his military advisers hoped the Zeppelins would strike terror into the hearts of the British people, but instead the defiant British created comic postcards to mark their visits.

Crowds of people would visit the crash sites to collect souvenirs from the wreckage of shot-down Zeppelins, while Zeppelin-slaying pilots became overnight heroes.

The satirical postcards poked fun at the Kaiser and promoted the image of a stoic British people not intimidated by the aerial bombardment.
©DavidMarks 16 Mar 2017 2028x3244 / 1.1MB