Add to Lightbox
Image 1 of 1
BN_BabyShark_01.jpg 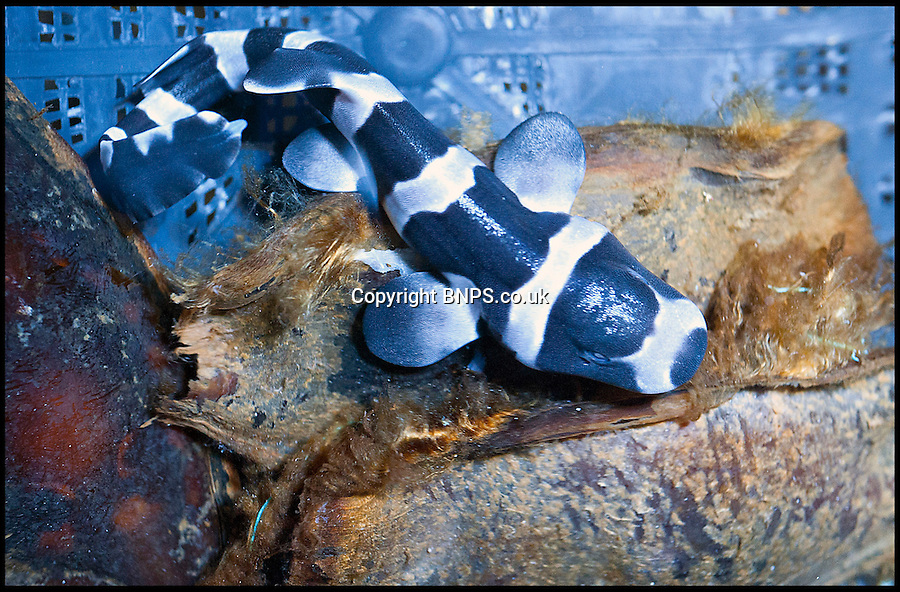 An aquarium keeper was given the shark of his life when a delicate egg suddenly hatched in his hands as he carried out a routine check.

Kico Iraola had removed the black sack from a tank and was carefully examining it when he suddenly felt it move.

Just seconds later the egg case burst open and a 4.5ins long baby shark burst out and landed with a splash into a bowl of water.

Kico alerted his colleagues who were stunned to see the empty sack and the animal happily swimming around.

The black-and-white Banded shark was moved to a separate enclosure at the SeaLife Adventure Park in Weymouth, Dorset, where it will be carefully monitored.
BNPS.co.uk 1 Apr 2014 3089x2032 / 1.5MB