Add to Lightbox
Image 1 of 1
BNPS_LastBeatlesDocument_05.jpg 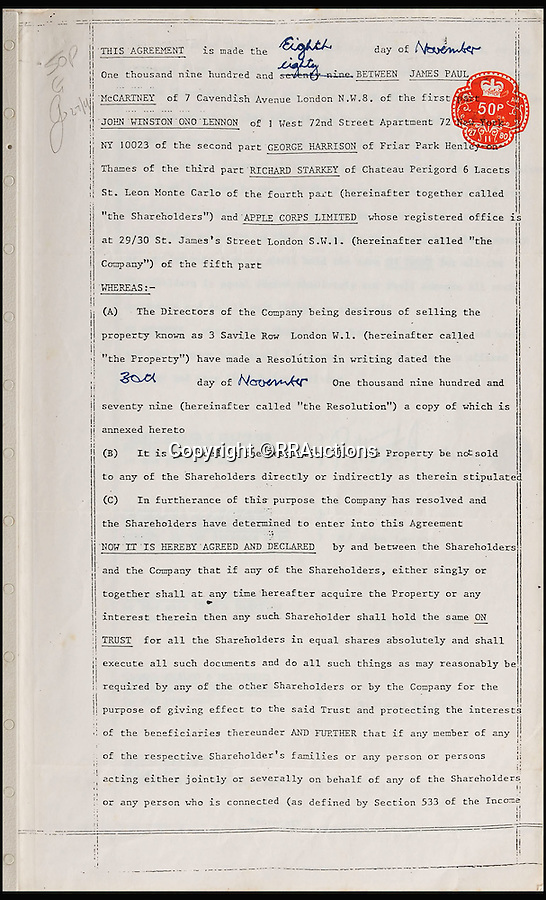 The agreement was signed on th 8th November 1980.

John Lennon, Paul McCartney, Ringo Starr, and George Harrison all put pen to paper to sell the four-storey building on November 9 as their company wound down.
©RRAuctions 23 Mar 2016 1414x2328 / 486.4KB