Add to Lightbox
Image 1 of 1
BNPS_CatTrappedInWall_01.jpg 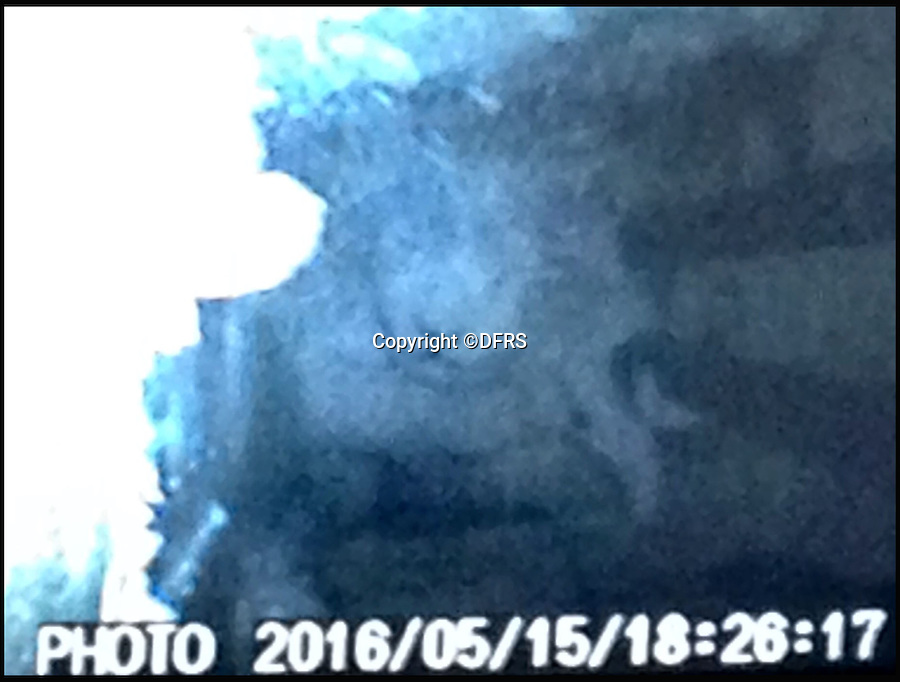 A cat that got stuck behind a wall for 24 hours had to be rescued by firefighters with a special camera used to find people trapped in collapsed buildings.

The Dorset and Wiltshire crew used a snake-eye camera to locate the mischievous moggy so they could cut a hole in the wall and get it out.

The pet was covered in dust and very thirsty after its ordeal but still had his nine lives intact.

It got into the wall cavity through a water mains access under the stairs of a ground floor block of flats in Dorchester, Dorset, and climbed about 6ft up the void behind the wall before getting stuck.
©DFRS 15 May 2016 1855x1406 / 202.6KB