Add to Lightbox
Image 1 of 1
BNPS_PeterRabbitLandroverForSale_02.jpg 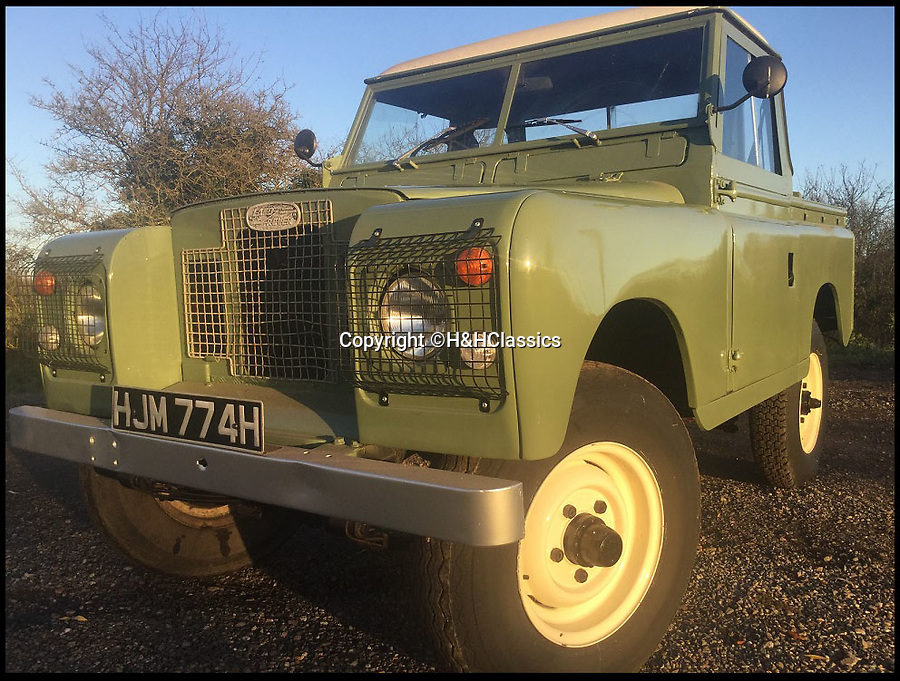 The Landrover used by Mr McGregor in the new Hollywood film Peter Rabbit has emerged for sale for £15,000.

The pastel green Landrover was used by the villainous farmer for various scenes shot in the Lake District.

Mr McGregor, played by Irish actor Domhall Gleeson, can be seen driving it into a warehouse in Windemere with Peter and the other rabbits clinging on to the bottom of it.

The animated film of the classic Beatrix Potter books, which is released in the UKn on March 16, also stars James Corden and Margot Robbie who provide the voice-overs for Peter Rabbit and Flopsy respectively.
©H&HClassics 12 Mar 2018 992x751 / 231.7KB