Add to Lightbox
Image 1 of 1
BNPS_GreatEscapeMurderInvestigation_07.jpg 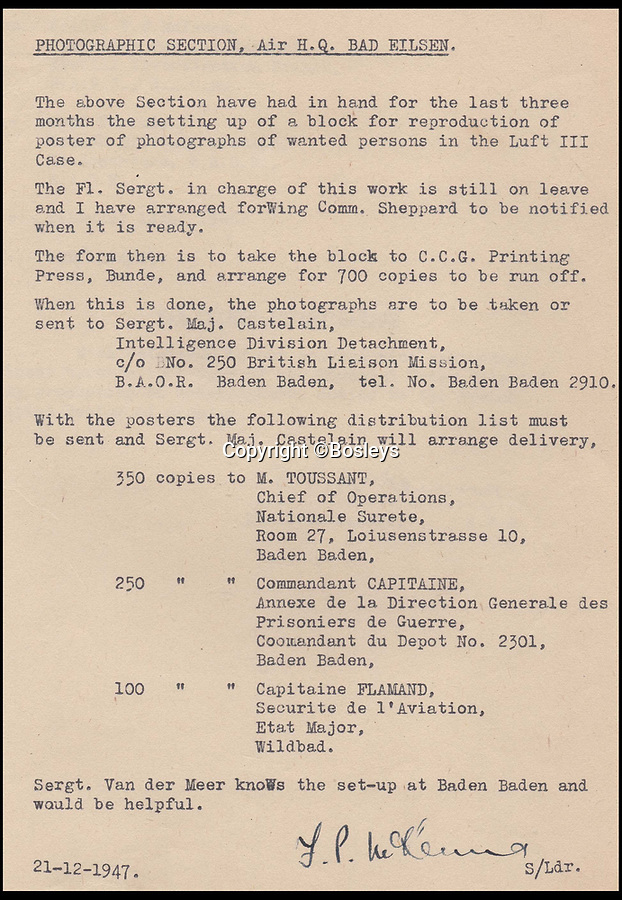 McKenna's team printed of photographs of all the wanted Nazi's for distribution around Allied prisons.

The documents, that include custody mugshot photos and fingerprints of Gestapo suspects, have been put up for sale through Bosley's Auctioneers.
©Bosleys 26 Jun 2018 1945x2816 / 598.5KB