Add to Lightbox
Image 1 of 1
BNPS_FirstClassPlanFromTheTitanic_05.jpg 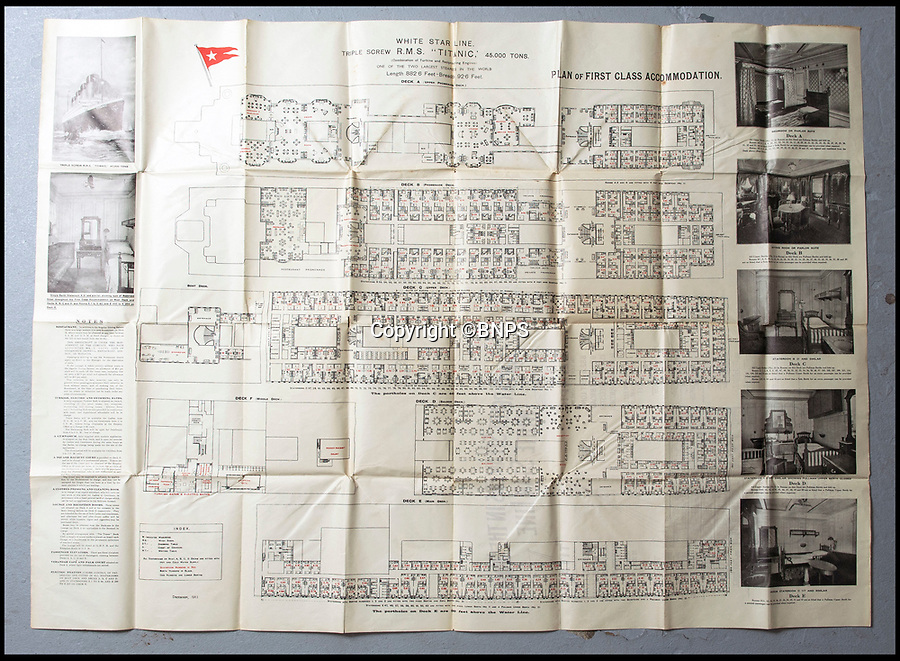 The huge plan is incredibly detailed..

A fascinating plan of Titanic's vast first class section which was taken off the doomed ocean liner by a passenger on a lifeboat has emerged for sale for £18,000.

The large fold-out booklet shows the layout of the top five decks of the Titanic which were exclusively for first class travellers.

It provides a 'road map' of the many facilities available including restaurants, a swimming bath, a gymnasium and squash courts.

The plan, which also features photos of the lavish accommodation suites, was salvaged by Helen Wilson who was staying in first class as a maid to the wealthy Spedden family.
©BNPS 13 Sep 2018 3704x2719 / 1.7MB