Add to Lightbox
Image 1 of 1
BNPS_UnseenAnneFrankPoem_01.jpg 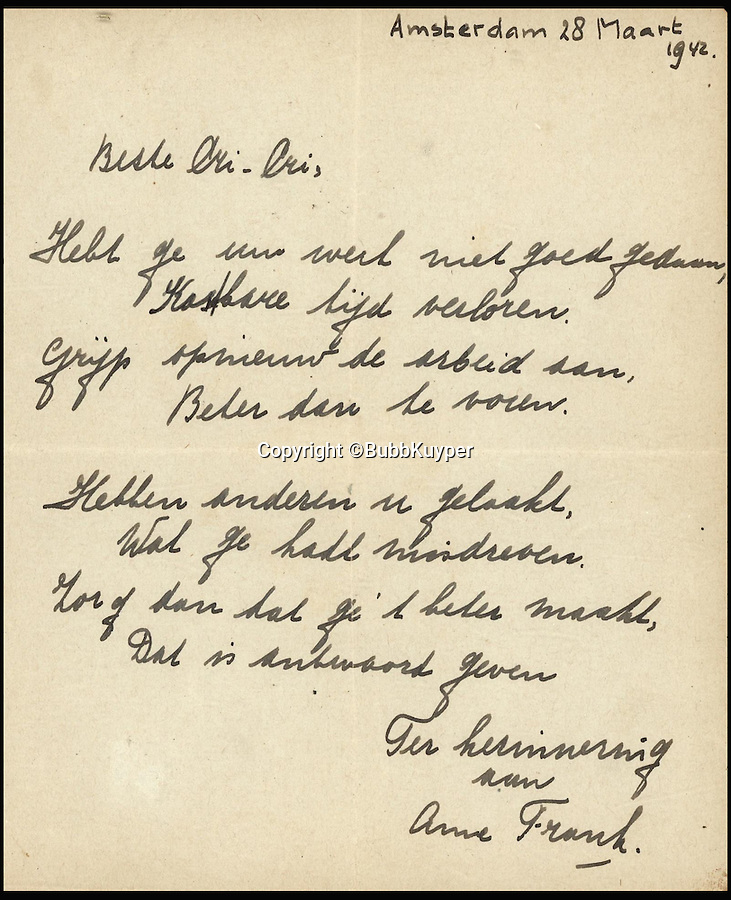 A previously unseen autographed poem written by Anne Frank for the sister of her closest friend has emerged over 70 years later.

The eight-line poem was written by Anne Frank in the friendship book of Christiane 'Cricri' Van Maarsen in Amsterdam on March 28, 1942, four months before the Jewish schoolgirl went into hiding from the Nazis.