Add to Lightbox
Image 1 of 1
BNPS_SnowWhiteAndHerOddlyNamedDwarfs_08.jpg 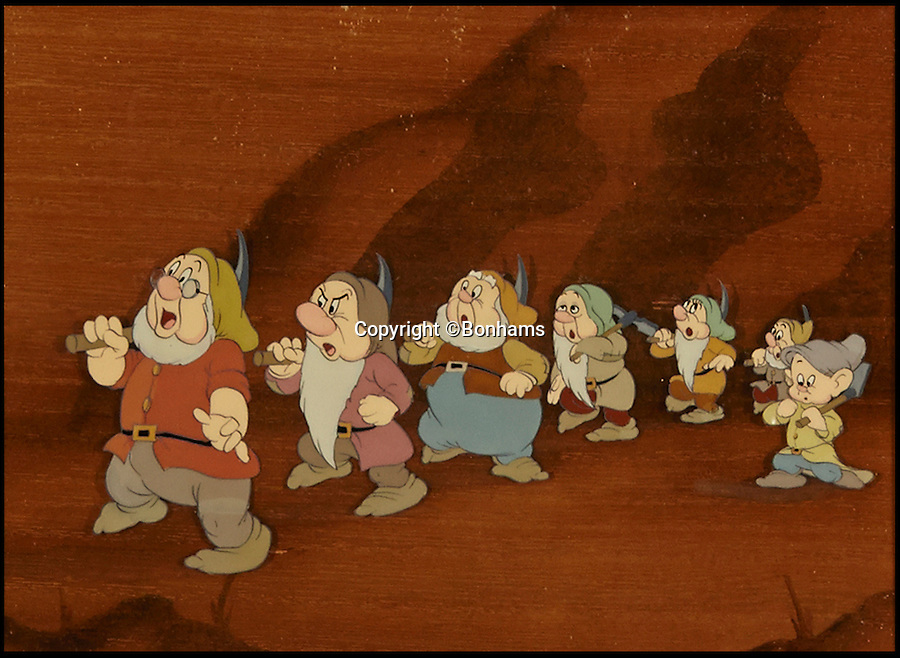 A celluloid depicting the dwarfs during the "Hi-Ho" scene sold for £4,374.

The sale of original art work from Snow White has revealed that dwarfs dubiously named Tubby, Baldy and Deafy only just missed out on making the final cut.

The offensively-named trio were considered by the famous producer of animated films in the run up to the classic 1937 movie.

Now 32 pieces of Snow White art work, including sketches of the dwarfs which were withdrawn from production, have come to light to reveal the dubious names which would be considered very un-PC today.
©Bonhams 18 Apr 2016 1065x778 / 613.1KB