Add to Lightbox
Image 1 of 1
BNPS_UnseenArchiveOfAerialReconOfficer_036.jpg 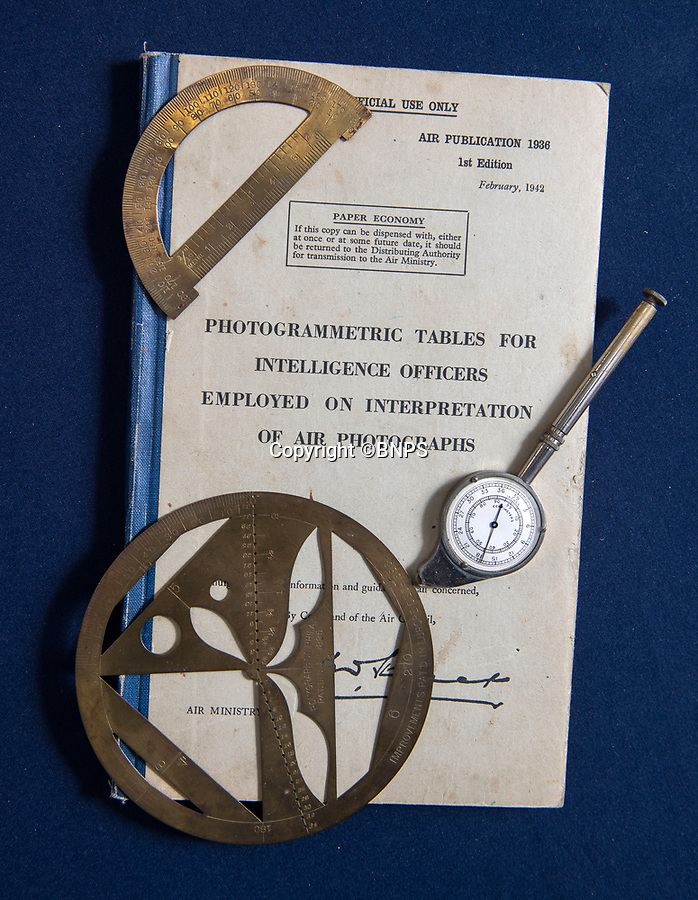 Tools of his trade - In a world without computors Flt Lt Cooper used complicated mathematics to find and plot targets.

Unearthed - fascinating unseen archive of cameras, photographs, documents and medals from a British aerial reconnaisance expert who fought all the way through Africa and southern Europe in WW2.

Flt Lt Eric Cooper from London kept all his wartime paraphernalia, including his K20 handheld camera and stereoscopic plotting instruments until his death in Devon aged 96 in 2012.

The incredible photographs show bombing raids, amphibious landings and badly damaged aircraft alongside off duty snaps of the campaign throughout the mediterraenean.