Add to Lightbox
Image 1 of 1
BN_MiracleSurvivor_01.jpg 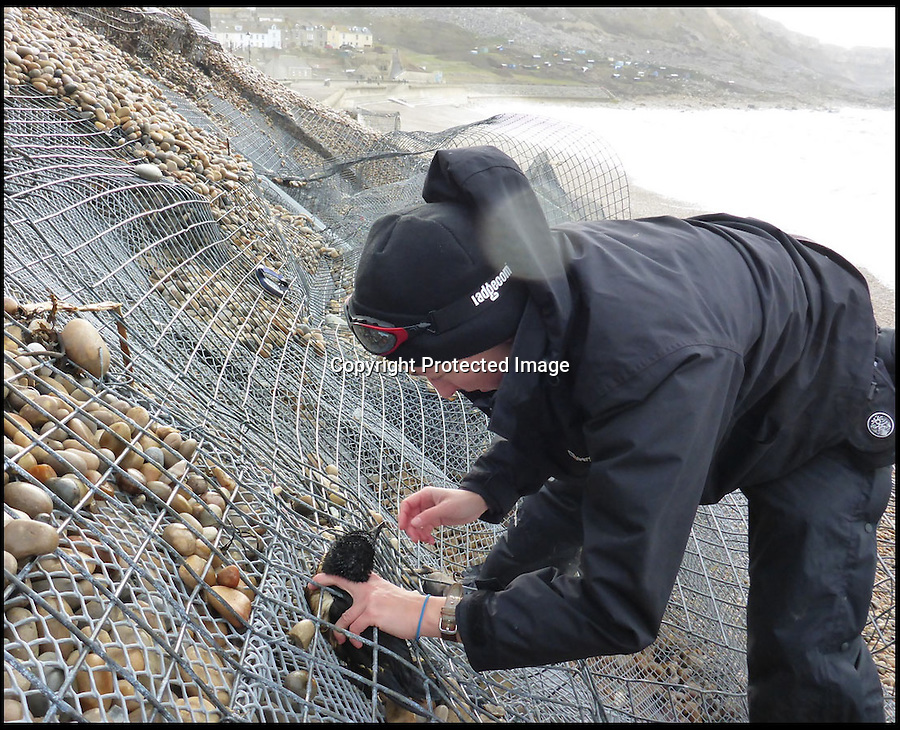 A miracle survivor from storm lashed Portland beach in Dorset - This Razorbill was rescued alive by Angela Thomas of the DWT from the wire shingle cages of the battered sea defences.