Add to Lightbox
Image 1 of 1
BNPS_TudorShieldFromHenrysBodyguard_01.jpg 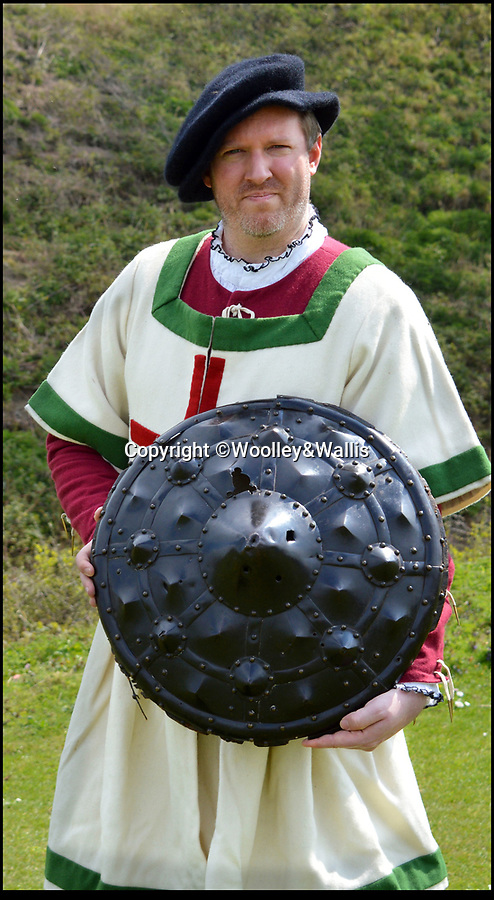 An incredibly rare Tudor shield which has direct links to Henry VIII and his elite bodyguard has emerged for sale for £50,000.

The historic 'gun shield' dates back to the 16th century and were thought to be used by Henry's personal bodyguard.

An inventory of his armoury made shortly after his death lists only 35 of these specially designed defensive weapons that a matchlock pistol could be fired from.

They have a specially designed hole in the centre that would have been used to poke the newly invented matchlock pistol through.
©Woolley&Wallis 5 Nov 2014 2054x3740 / 883.0KB