Add to Lightbox
Image 1 of 1
BN_WW1PhotosRediscovered04.jpg 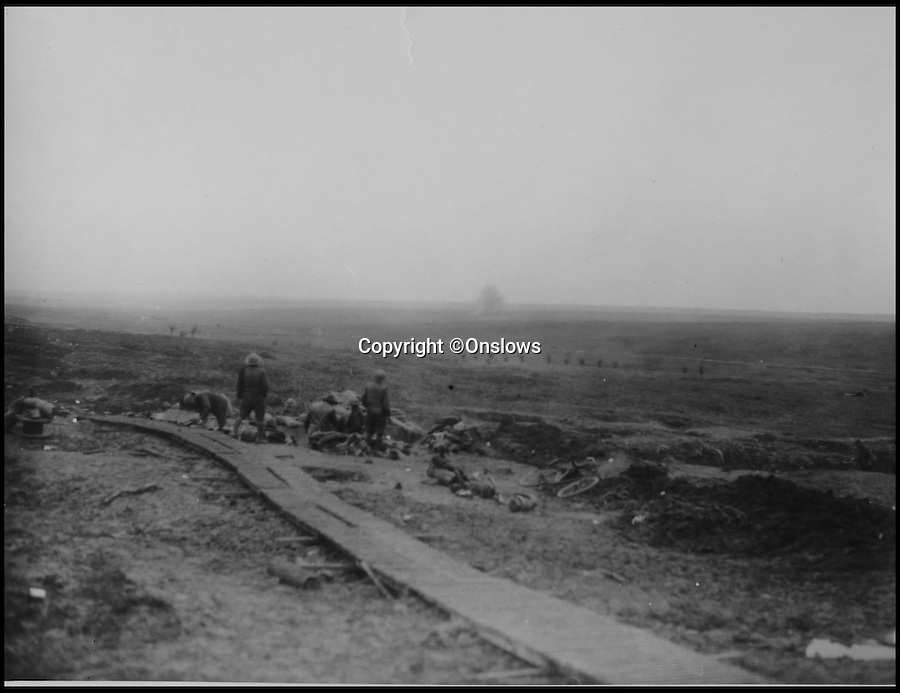 
Poignant photographs revealing life on the Western Front during the First World War have emerged for sale 100 years after they were taken.

The rare collection of snaps, taken in the early stages of the war, provide a moving insight into the lives of the soldiers serving on the front line.

Among the archive of 70 original photographs are images of troops braving the freezing winter months in their fortified trenches at stations in France and Belgium.

One fascinating shot shows a 'shell dump' - where 2ft tall artillery shells were stored in their hundreds while another shows soldiers manning rudimentary machine gun posts.

In another, a soldier is seen loading a rocket onto a wooden launching pole which would then be fired to announce to impending attacks.