Add to Lightbox
Image 1 of 1
BNPS_OperationSeaLion_04.jpg 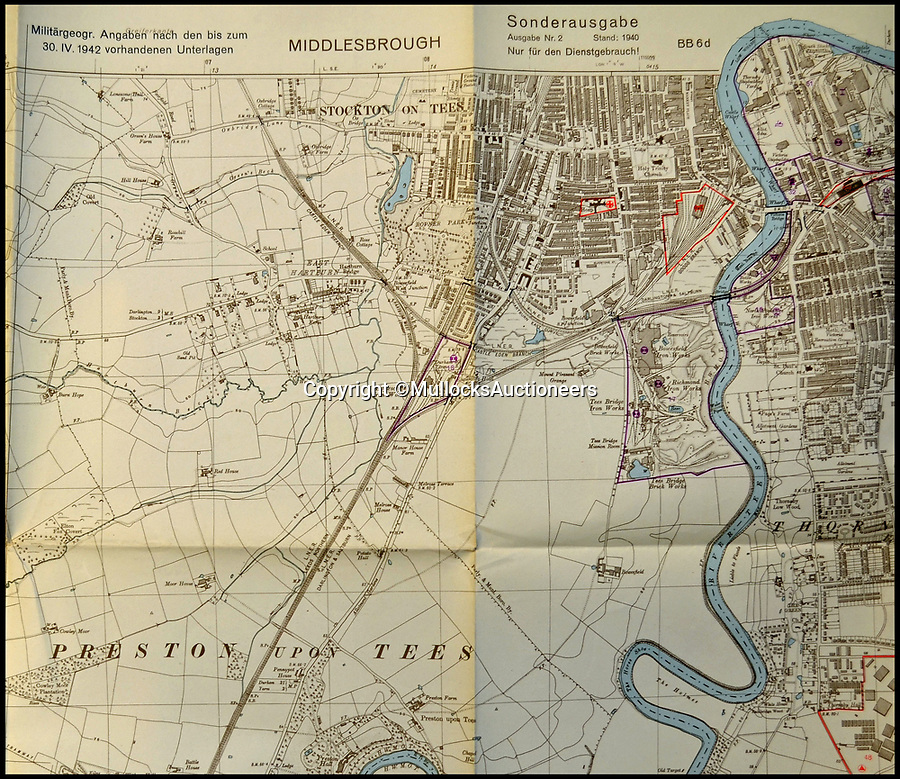 A fascinating collection of maps from Operation Sea Lion have been unearthed which reveal the Nazis had north east England firmly in their sights.

A map of Middlesborough dated April 30, 1942, has specific targets highlighted in red including the railway station, bridges and industrial depots.

The Nazis did strike it lucky with one of their targets a few months later when a lone Dornier Do 217 dropped a stick of bombs onto the railway station on August 2, causing serious damage to the Victorian glass and steel roof.

Middlesbrough, on the Teeside, was the first major British town to be bombed during the Second World War mainly because of its iron and steel industries.
©MullocksAuctioneers 14 Feb 2018 2687x2323 / 1.2MB