Add to Lightbox
Image 1 of 1
BNPS_HybridAirshipPano_03.jpg 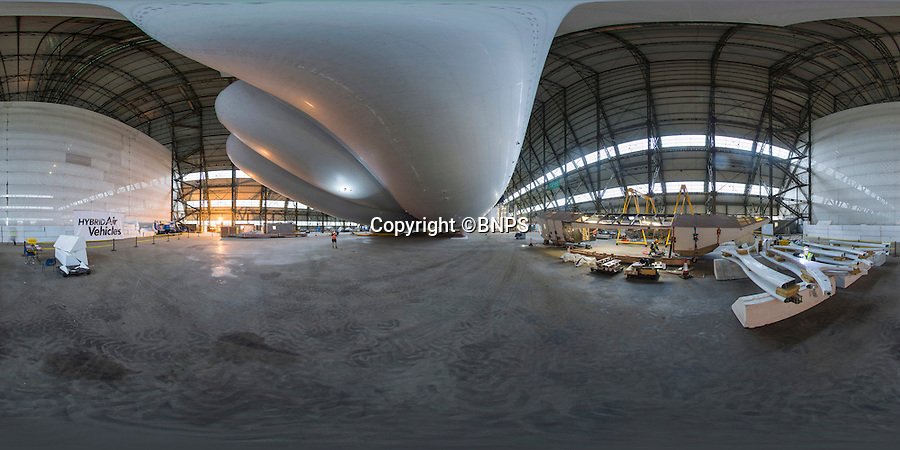 The historic hangar at Cardington Airfield near Bedford is once again filled with a massive Aiship after Hybrid Air Vehicles have inflated their revolutionary new lighter than air vehicle before its flight next year.

Airlander, the world’s largest aircraft, reached another milestone in its Flight programme with its first helium fill. On Saturday, 31 October at 10pm, it was floating for the first time at its Hangar in Cardington, Bedfordshire.

The 92 metre-long Airlander was “walked” the entire length of the 248 metre Hangar to get to the front doors of the Hangar. This involved 4 fork lift trucks, one at each corner of the Airlander, each carrying a 2-tonne block of cement with a restraining rope attached moving in unison.
©BNPS 10 Nov 2015 7012x3506 / 4.9MB