Add to Lightbox
Image 1 of 1
BNPS_OnlyFoolsUncleAlbertMedal_03.jpg 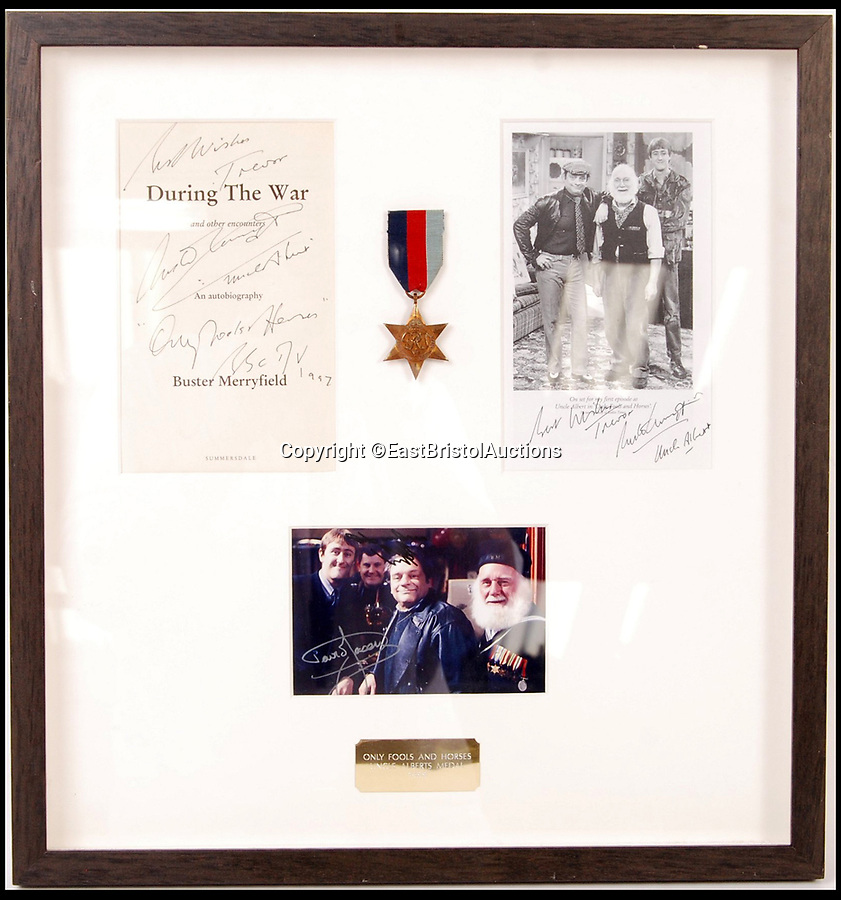 Also in the sale - signed photographs from the cast of Only Fools and Horses an autographed title page from Buster Merryfield's 'During The War' autobiography.

A war medal that Uncle Albert wore with pride throughout Only Fools and Horses has emerged for sale at aution for £2,000.

The decoration - a genuine World War II 1939-45 Star and ribbon - was regularly pinned to Albert's chest during his time on the legendary sitcom.

It is one of a handful used during the comedy's production and was often seen hanging from the waistcoat of the much-loved white whiskered character.
©EastBristolAuctions 19 May 2019 1657x1775 / 1.2MB