Add to Lightbox
Image 1 of 1
BNPS_DambusterLogBook_05.jpg 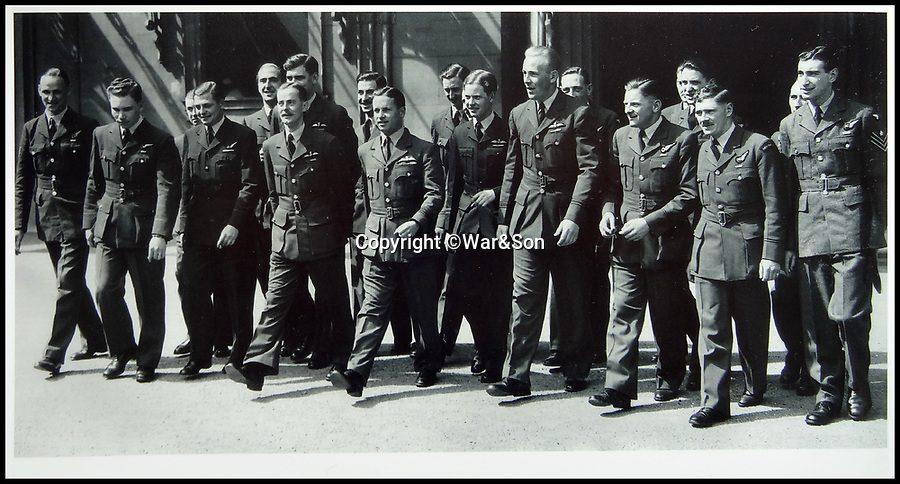 The surviving Dambusters, with Gibson (centre) and Chalmers (right) at Buckingham Palace after the raid.

His medal group that includes the DFM and DFC as well as his RAF logbook that covers the mission are being sold by dealers War & Son of Herefordshire.
©War&Son 6 Jun 2017 4877x2624 / 1.7MB