Add to Lightbox
Image 1 of 1
BNPS_FirstSelfHelpBookForWomen_04.jpg 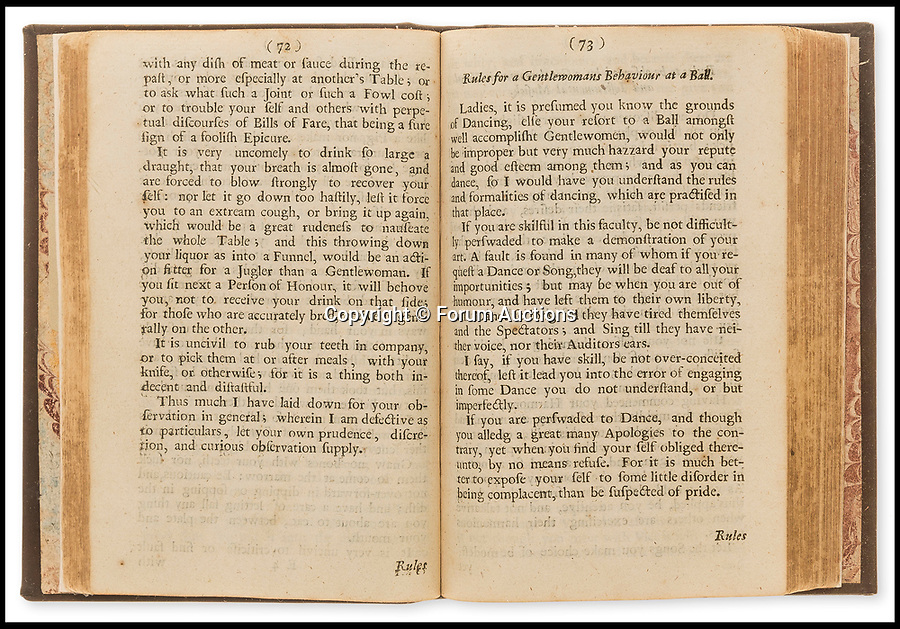 'Rules for a Gentlewomans behaviour at a Ball'

One of the first self help books written by a female for British woman reveals the fascinating world that they inhabited in the times of Charles II.

The 345 year old handbook reveals how the fairer sex were expected to behave in the late 17th century.

The rare 1673 first edition of The Gentlewoman's Companion by Hannah Woolley gives advice on how to respond to a man who is seeking 'lewd and immodest actions'.

The guide, which has emerged for sale for £1,500, also lays down appropriate table manners, outlines how to act at a dance and provides home remedies including ways to tackle 'flactuency' and 'windiness'.

The author, despite being a woman herself, claims God made men before women and it was the responsibility of the wife to be 'subservient' to her husband.
© Forum Auctions 30 Apr 2018 5322x3718 / 3.1MB