Add to Lightbox
Image 1 of 1
BN_ChillingDiaries_04.jpg 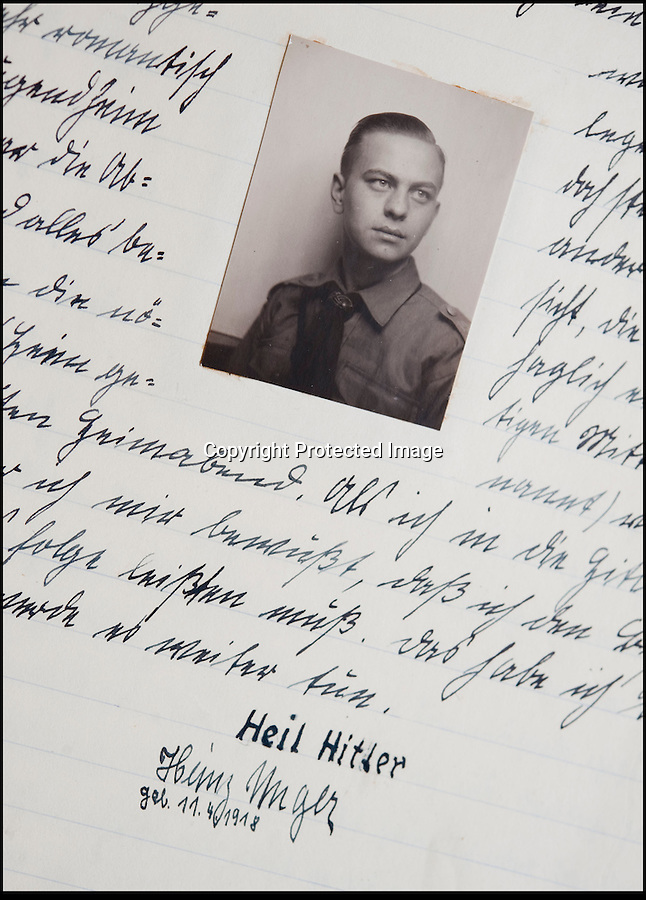 Helmut Nieboy in his diaries - signed off Heil Hitler..

Helmut Nieboy kept detailed diaries during his time with the German equivalent of the Boy Scouts from 1933.

Helmut also amassed a number of photographs of his time with the paramilitary group, showing the youngsters sitting around a campfire, marching and at rallies.

The diaries also include incredibly detailed route marches as well as hand drawn portraits of the beloved Fuhrer with patriotic slogans.