Add to Lightbox
Image 1 of 1
BNPS_LSLowryRacySketchesRevealed_012.jpg 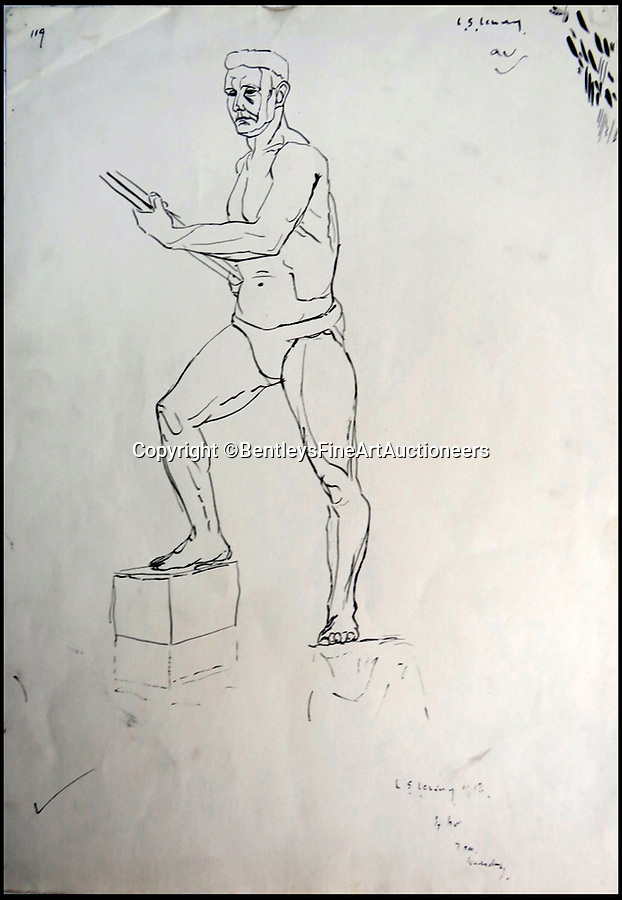 The never-seen-before collection of drawings by the famous Lancashire artist are a far cry from his iconic matchstick figures and have been snapped up by avid collectors for almost £90,000.

The mostly nude studies show a different side of the Salford artist, whose urban scenes often sell for millions of pounds, and demonstrate that despite being dubbed a 'naive Sunday painter' he had considerable talent for drawing people.

The 19 pictures are mostly signed and dated to 1911 to 1919, when Lowry was studying art in his spare time before he developed his signature style.

The seller, who wants to remain anonymous, inherited the portfolio from their grandfather and did not believe they could be Lowry when they saw the signature.
©BentleysFineArtAuctioneers 28 Mar 2018 847x1226 / 559.7KB