Add to Lightbox
Image 1 of 1
BN_LivingJellyfish_04.jpg 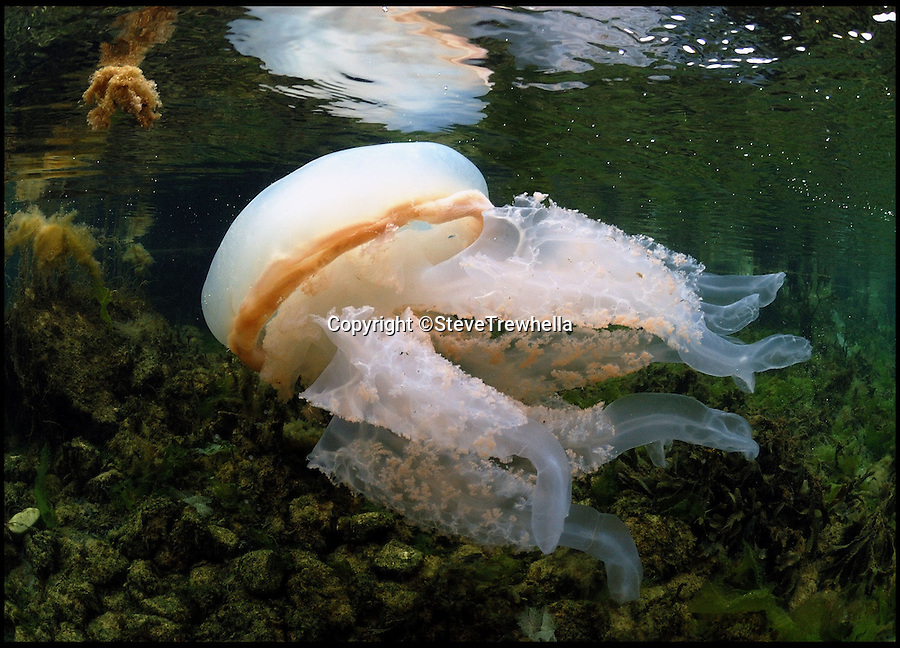 Further sightings of stranded giant jellyfish have been reported and experts believe it could be caused by the wet winter period.

More than 30 of the barrel jellyfish have now been spotted in shallow water and washed up on beaches in Portland, Dorset.

They are thought to be in the area due to a 'plankton bloom' caused by warm weather and an abundance of nutrients in the water.

The creatures, that measure up to 3.2ft in diameter, are then thought to be washed up on the shore by the wind and left there as the tide goes out.

Steve Trewhella, 50, a wildlife photographer, stumbled upon one of the enormous animals as it floundered in the shallows.

He put on a dry suit and encased his camera in underwater equipment before capturing its last moments in photographs and film footage.
©SteveTrewhella 13 May 2014 2812x2025 / 946.4KB