Add to Lightbox
Image 1 of 1
BN_HugeShark_03.jpg 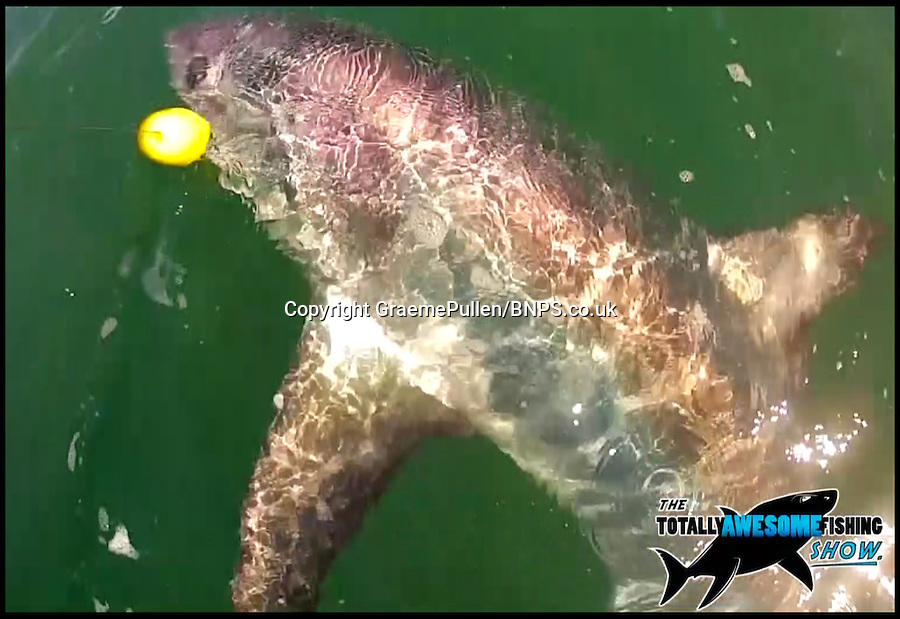 I think we need a bigger boat...

Plucky British fisherman Graeme Pullen and Wayne Comben were definitely in need of a bigger boat when their tiny tub was taken in tow by one of the largest sharks ever hooked in UK waters.

Wayne(46) from Havant, Hampshire, desperately hung on to his rod as the monster Thresher shark dragged their 17ft long Wilson Flyer four miles out to sea from near the Isle of Wight at the weekend.

It was impossible for Wayne and fisherman friend Graeme Pullen to lift their catch on board their boat due to its sheer size. But after measuring its length and width at 14ft and 2ft 6ins, they were able to calculate its weight at around 550lbs.
GraemePullen/BNPS.co.uk 2 Sep 2013 1825x1256 / 378.5KB