Add to Lightbox
Image 1 of 1
BNPS_TheTransportSaleDreweatts_13.jpg 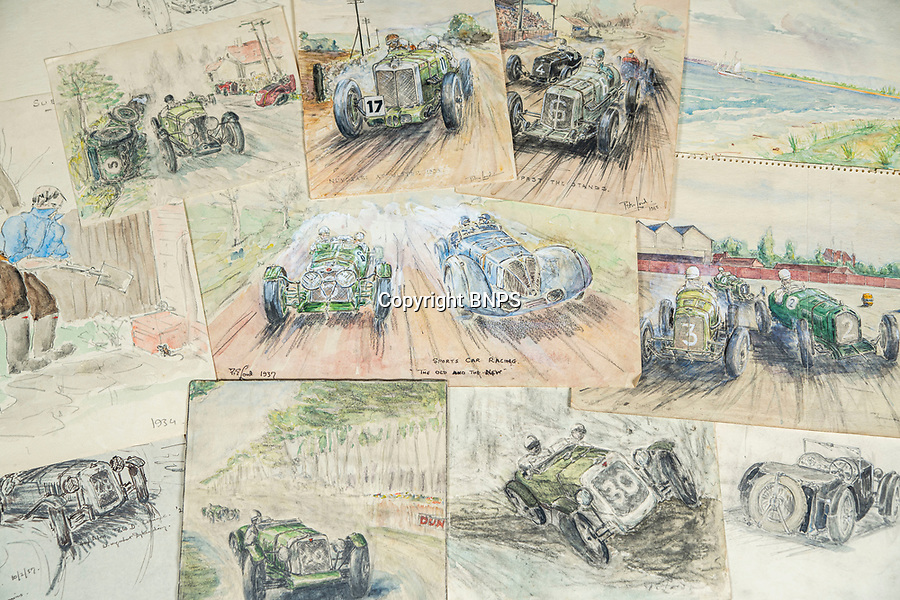 Pictured: An early/mid-20th century folder of watercolours and drawings related to motor racing and other subjects, in the Dreweatts Donnington Priory saleroom.

A charming collection of early 20th century motor racing drawings have sold for £1,170.

The watercolours, showing scenes from the Golden Age of motorsport, were produced by brothers Peter and Francis Lord in the 1930s.

Vintage vehicles can be seen racing through the British countryside, while larger events draw packed crowds to racetracks. There are scenes of racing at historic Brooklands in Weybridge, Surrey, the world's first purpose-built racetrack, in 1936.

The pair also had a fascination with World War Two, drawing duels in the sky between the RAF and Luftwaffe as the Battle of Britain raged on.