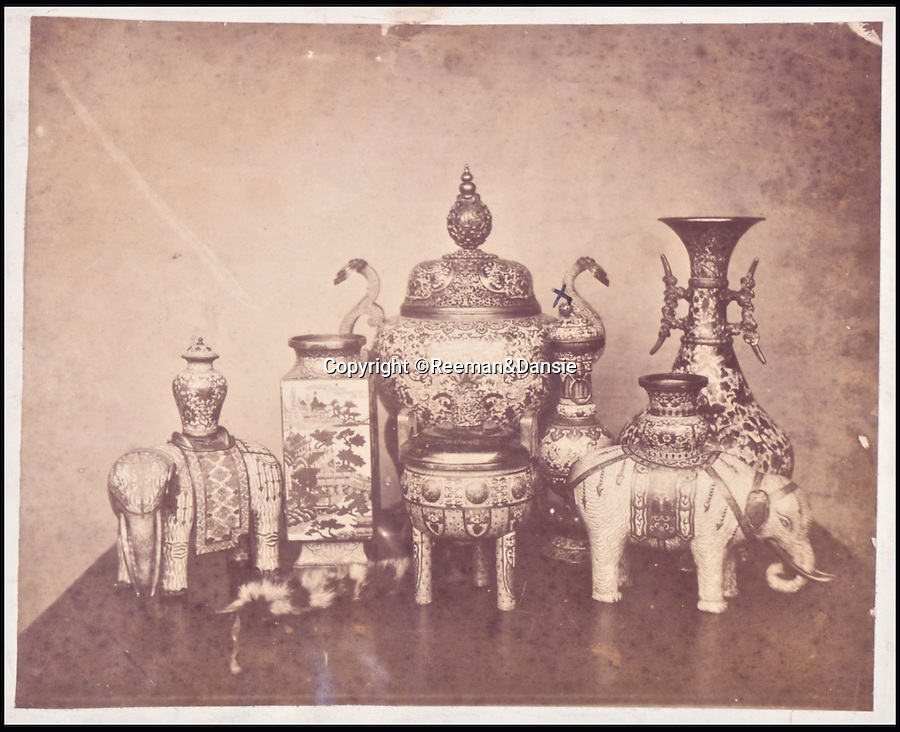 Rare photos showing some of the precious antiques looted from China's Summer Palace 156 years ago which Asian millionaires are today buying back in their droves have come to light.

The images, taken by celebrated photographer Felice Beato soon after the theft, depict Ming vases, pots and bowls made for the Chinese emperor to display at the Imperial palace in Peking.

The mystical building was partially destroyed by the British and French and its wealth of contents seized and taken to Europe at the end of the Second Chinese Opium War in 1860.

The beautiful pieces of porcelain are the very objects the newly-rich Chinese are paying British auction houses millions of pounds for now as they attempt to buy back their lost heritage.
©Reeman&Dansie 14 Jul 2016 1819x1479 / 1.4MB