Add to Lightbox
Image 1 of 1
BN_StarchOnTheMarch_05.jpg 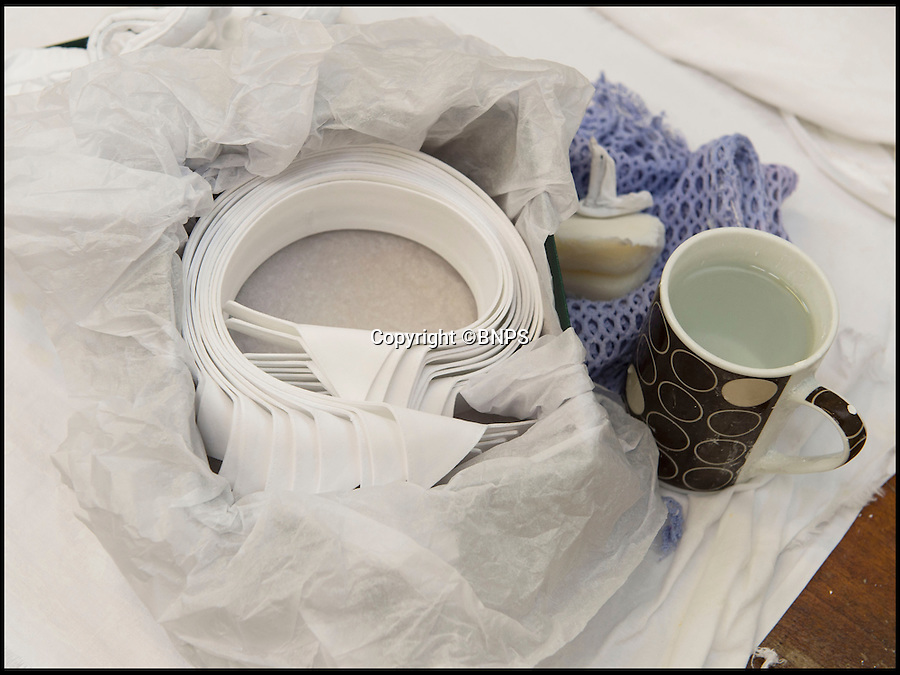 Finished collars are sent out around the globe.

The world's last remaining starched collar laundry is reaping the rewards for putting its neck on the line and remaining open thanks to period TV dramas like Peaky Blinders and Downton Abbey.

A century ago, starched collars in a variety of shapes and styles were the norm, and Britain had thousands of laundries catering for men's sartorial cleaning needs.

Now The Barker Group in Bournemouth, Dorset, is the only one left on the planet.

And thanks to period drama movies and series the tiny company has never been busier cleaning and restarching colars for customers all over the globe.

The company is in such high demand it now produces over 80,000 stiff collars a year. As well as supplying movie blockbusters like Sherlock Holmes and Titanic, TV series like Downton Abbey, Peaky Blinders and, of course, Poirot. but the company has now found that there is a growing market in individuals who want to look a cut above the rest.
©BNPS 23 Oct 2014 4265x3201 / 1.0MB