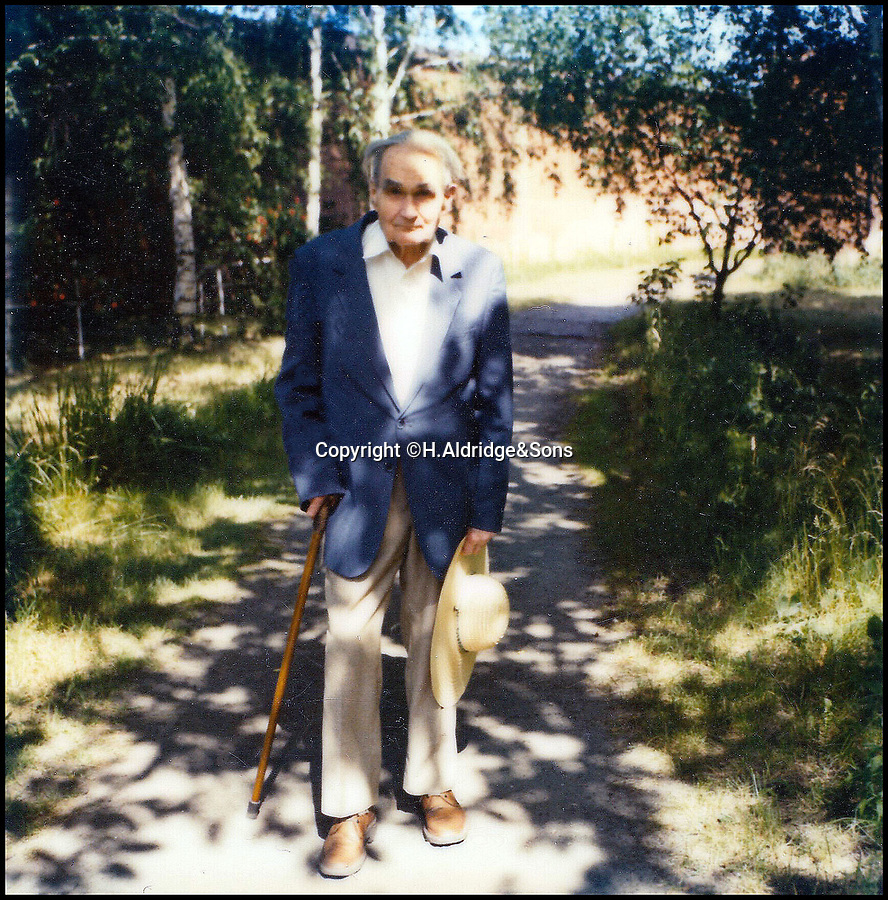 Believed to be one of the last photos of Rudolf Hess in the grounds of Spandau prison.

It was one of the most bizarre and mysterious episodes of the Second World War; Adolf Hitler's deputy secretly flying to Scotland in an attempt to broker peace against the Fuhrer's knowledge.

Now an extraordinary archive has come to light that contains what is believed to be the last photo of Rudolf Hess alive stood outside the prison summer house he killed himself in.

Along with it is an incredibly poignant note describing his inspiration to carry out the 1941 bold mission to bring an end to the war was 'for you son'.

The never-before-seen archive comes from the British prison warden who got to know Hess during the 40 years the Nazi spent locked up in Spandau Prison in Berlin.