Add to Lightbox
Image 1 of 1
BN_BehindDadsArmy_05.jpg 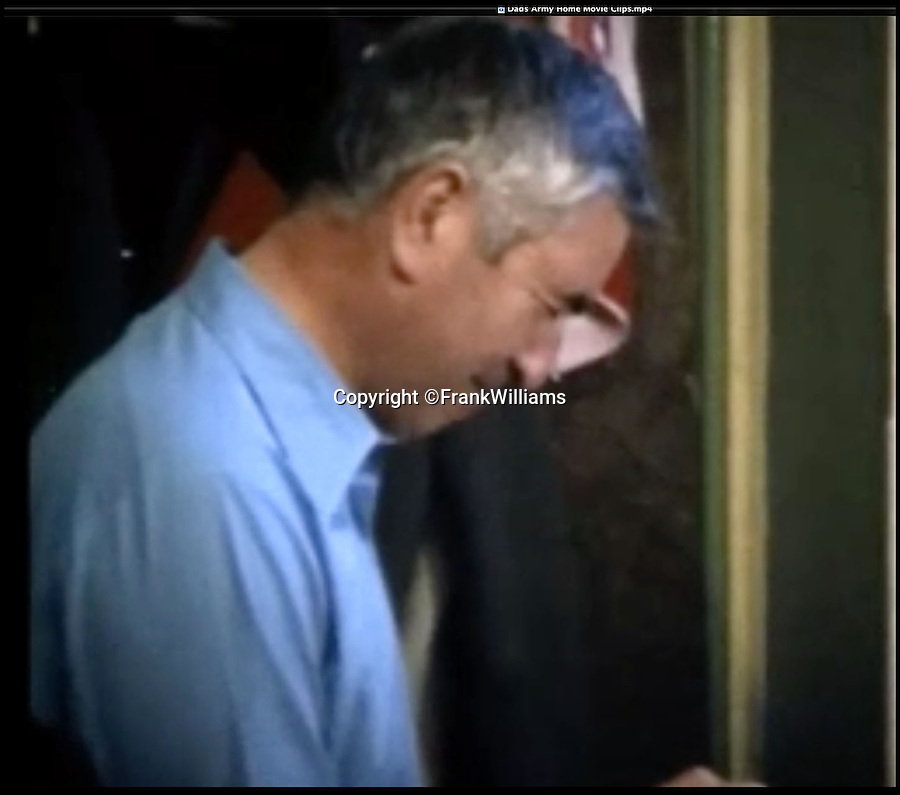 Screen grab of Bill Pertwee who plays Warden Hodges cutting into some cake.

Never-seen-before film of the cast of Dad's Army behind the scenes has emerged to show Private Pike wasn't such a 'stupid boy' after all.  The home movie footage captures actor Ian Lavender doing the Times crossword as he prepares to face the audience during the stage version of the classic BBC comedy.  Dressed in his Home Guard uniform and with his trademark maroon scarf draped around his neck, the young actor is seen puffing on a cigarette with the paper on his lap.  Although his character Pvt Frank Pike was a simple mother's boy, actor Ian was known to be the most intelligent member of the cast.
©FrankWilliams 11 Feb 2014 1449x1279 / 139.3KB